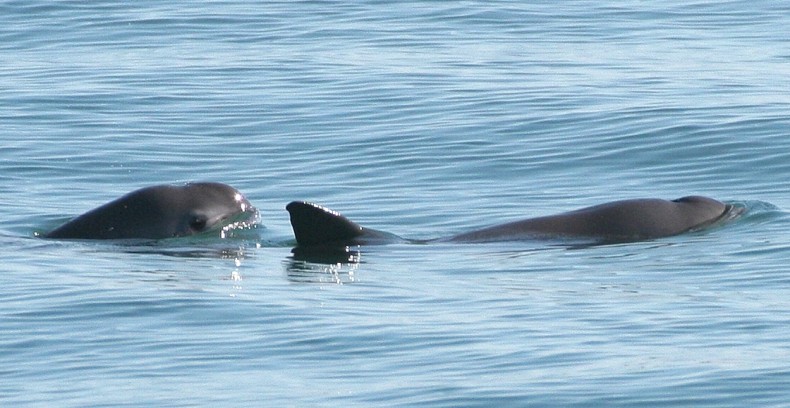 Vaquita porpoises in Mexican waters are being driven further into the treat of extinction in the wild because of dietary habits in places like Malaysia. Photo Credit: Wikimedia Commons

Several species are being driven to the brink of extinction on dinner plates, including perhaps yours. Then there are those species that are ending up as collateral damage because of people’s dining choices. One such species is a rare marine mammal, the vaquita.

These critically endangered small porpoises inhabit the waters of the Gulf of Mexico so Malaysians may be forgiven for assuming that they have nothing to do with the animals’ potentially imminent demise. The truth is, though, that some Malaysians may well have to do quite a bit – and not only with the vaquita’s plight but also that of another species that lives in the sea off the northern shores of Mexico.

Here is why: The totoaba, or “Mexican seabass,” is a sizable fish that can grow to 100 kilograms in size and has been listed as critically endangered for years. Fishing it was banned in 1975, but because the totoaba can fetch very high prices on the international black market it remains vulnerable to illegal fishing, which is usually done at night. The gillnets used to catch the fish often ensnare other animals, including the marine mammals, which then suffocate to death or drown.  Fewer than 100 vaquitas remain in the wild.

And why is the totoaba being over-fished to the point of no return, thereby further placing vaquitas at risk of extinction? Because the rare fish is prized in traditional Chinese cuisine for its swim bladders, which are used to make dried fish maw. Several Chinese restaurants in Malaysia serve the dish (and so do some of those in neighboring Singapore) as a sought-after traditional item on menus. Traditionally credited with curative properties and medicinal benefits, totoaba fish maw, popularly termed “golden coin,” is a rare and hence very pricey delicacy: it is routinely worth more in weight than gold.

“The vaquita’s extinction clock stands at one minute to midnight and the species is being pushed into oblivion by the demand of a relatively small number of Chinese consumers of totoaba maw,” warned Clare Perry, a senior officer at the London-based Environmental Investigation Agency. “Less than 100 vaquita are left … and the clock is still ticking.”

Think about that the next time you feel like ordering “golden coin” fish maw.