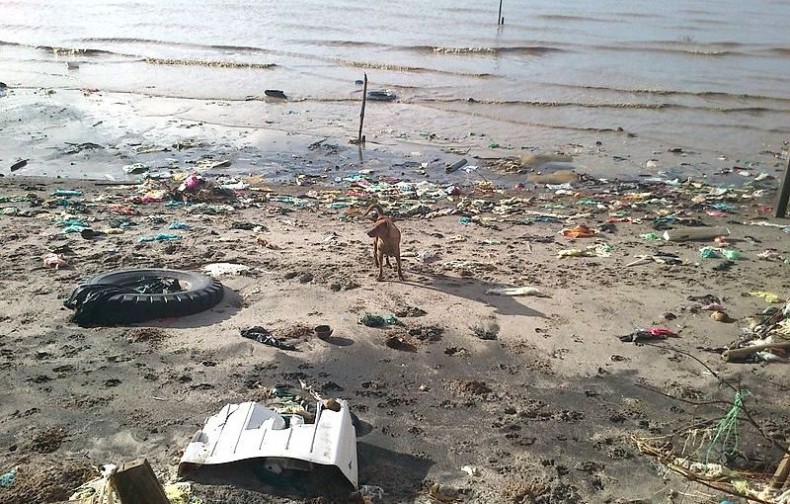 A beach in Tawau town in Sabah is littered with flotsam and uncollected trash. Photo Credit: Wikimedia Commons

Masidi Manjun thinks he may have found a way to help make Kota Kinabalu greener: a new tax on high-end hotels. Sabah state’s minister of Tourism, Culture and Environment said the proposed new tax would be levied only on hotels with at least three stars and revenues from it would go towards cleaning up the state capital.

“We might call it an environmental tax, and the money will be put into a transparent trust fund to manage garbage disposal or environment protection [to make it] work better,” the minister said. “We are gathering feedback, but we are seriously considering imposing this tax because of the poor cleanliness of our city and state.”

By imposing a small fee on guests staying in high-end hotels in Sabah, the state would be following in the footsteps of Penang, which already imposes a government tax on all guests staying in hotels on the island, including unlicensed and unrated establishments. The fees in Penang vary according to the type of hotel, with RM3 charged for a room per night in four-star and five-star hotels and RM2 for a room per night in hotels of three stars and less, including budget hotels, hostels and guest houses. The proceeds from the tax are used for the upkeep and promotion of tourism sites on the island.

Masidi believes a similar initiative would help generate much-needed income to clean up Sabah and its capital, which has become notorious among tourists and travelers for uncollected trash and unsightly mounds of litter. “Tourists are coming to Sabah because they love the environment here, but I fear if we do not overcome the current issues, we will lose them and in the end hurt our tourism industry, which is one of the main contributors to the state’s economy,” the tourism minister said.

That said, a green tax on hotels might help, but it will hardly be enough in itself. Tourists are hardly alone responsible for the state’s persistent problems with uncollected rubbish, whether they be streets strewn with trash or beaches littered with refuse, plastic bottles and discarded items. Locals, too, have had the fair share of contributing to the parlous state of affairs in their state and what is needed is a change in attitudes. Local communities can make a difference by adhering to a zero-tolerance policy on littering, while municipal authorities can make garbage collection and recycling far more of a priority.