Man is Arrested for Carrying a Tiger Carcass . . . on his Motorcycle 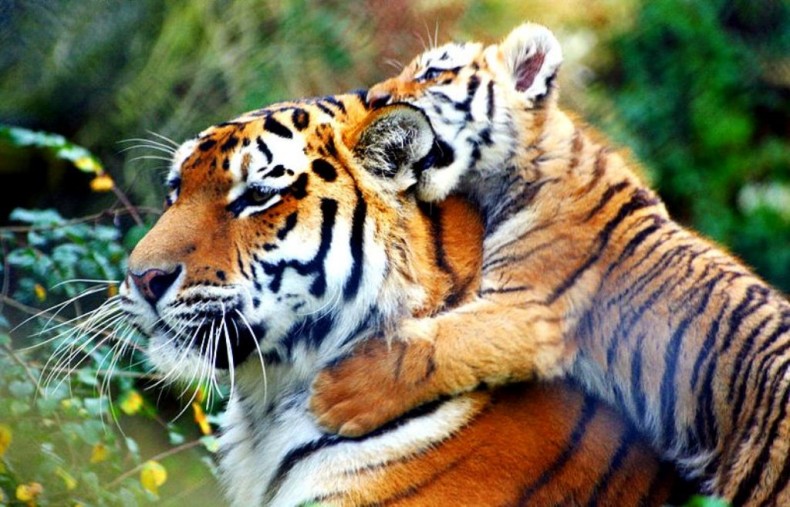 A tiger cub plays with its mother. These majestic animals belong in the wild, not in traditional medicine. Photo Credit: Wikimedia Commons

Just when you thought that poachers and wildlife traffickers couldn’t get any more blatant, they do. A case in point: a man was arrested by rangers in the town of Gopeng, in Perak state, for illegally possessing the carcass of a tiger, which he was caught carrying . . . on his motorcycle. Trying to smuggle exotic animals under cover of night in a cloak-and-dagger manner? Bah. Some traffickers will think nothing of doing it in broad daylight – at around 11am, in this case.

According to Rozidan Md Yasin, director of the local State Wildlife and National Parks Department, the tiger had likely been killed by a trap laid near a settlement of the indigenous Orang Asli. Malayan tigers, once the undisputed masters of their domains in lush jungles across Malaysia, are a critically endangered species in the wild, barely managing to hang on with tooth and claw in their diminishing forest habitats while they constantly need to dodge poachers’ crude but deadly snares.

Even a half century ago, an estimated 300 tigers roamed the country’s forests; today only around a mere 10th of that figure remains in the wild. Almost all the remaining tigers are confined to habitats within four states with substantial enough forest cover: Pahang, Perak, Kelantan and Terengganu. Meanwhile, they remain top on the list of illegal traffickers who cater to the demands of people who want the majestic predators for traditional Chinese medicine, whose recipes ascribe various curative properties to tiger parts from bones to pelts.

One website on alternative medicine explains that “tiger bone has pungent and warm properties, and is associated with the Liver and Kidney meridians.” Right. It informs us that “The typical dosage of tiger bone is between 3 and 6 grams, added to hot water and drunk as a decoction.” There is absolutely zero scientific evidence that ground tiger bone can treat anything, much less “rheumatic pain, back pain or muscle spasms,” as practitioners of traditional medicine would have us believe. Yet that does not stop gullible people from indulging in the concoctions of age-old charlatanry without a thought to the fate of wild tigers.

The insatiable appetite of the exotic food market likewise takes a toll on beleaguered tiger populations in Malaysia’s forests. The country remains a regional hub for the exotic wildlife trafficking trade with animal parts procured both from within and farther afield. For around RM700 (US$170) apiece, patrons can dine on tiger eyes at select local restaurants, where they can also order dishes made from sun bears, monkeys, clouded leopards, crocodiles, giant soft shell turtles, and other protected species. For shame.