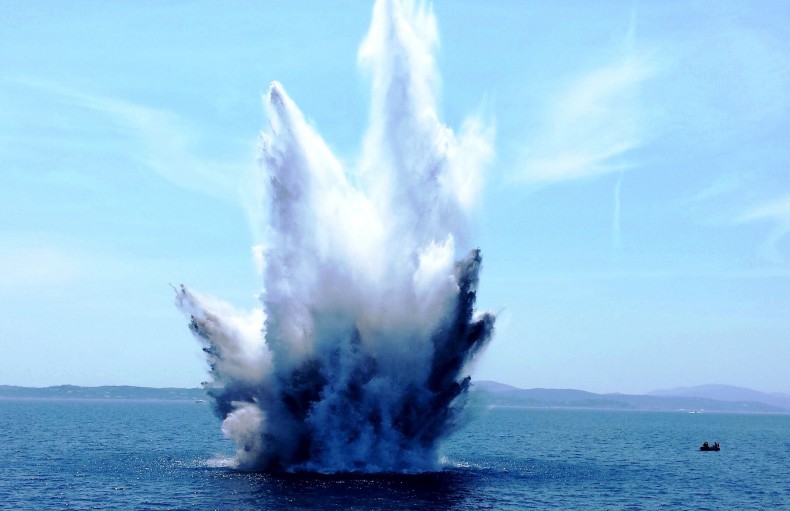 Picture yourself, if you will, as a fish swimming nonchalantly near the surface in waters off Sabah state. There you are, minding your own business and doing your best to avoid fishermen’s nets when suddenly there is a powerful blast in your vicinity. You are stunned (literally) and so are a great variety of other marine life nearby. Next thing you know, you are someone’s dinner.

The practice of blast fishing, also known as fish bombing, entails what its name suggests: dropping sticks of dynamite or homemade explosives into the sea to kill fish en masse. Few other fishing techniques used in Malaysian waters rival it in sheer destructive power. Blast fishing can have devastating impacts on marine ecosystems, especially on fragile coral reefs. That is why the international environmentalist group Stop Fish Bombing seeks to put an end to the practice, which has been outlawed in Malaysia but continues to remain widely in use.

To combat the scourge of blast fishing, the NGO has developed a new hi-tech tool that will enable real-time monitoring of underwater blasts for up to 25 kilometers. Better yet, thanks to a built-in GPS tracker the exact location of a blast can be pinpointed within a matter of seconds. “It is a game changer,” said Simon Christopher, the group’s director. “Detecting exactly where the blast is going off within seconds is going to be ground-breaking for enforcement efforts in curbing this illegal activity.”

Hampered by logistical challenges, Malaysian law enforcement officials have long been playing cat and mouse with fishermen who use crude bombs for fishing with homemade “Molotov cocktails,” which they create from bottles filled with kerosene. Often, by the time authorities get wind of another round of blast fishing, the culprits will long have been gone from the site, or else will have disposed of incriminating evidence by dropping it into the sea.

The Fisheries Department in Sabah knows of up to 80 cases of blast fishing each year but can obtain evidence that holds up in court for only a few. Conservation groups believe that fishing with explosives is a far more common practice in Sabah than official figures indicate. Some areas rich in marine life may experience as many as 15 bomb blasts an hour, which can wantonly destroy coral reefs in their vicinity. Damaged reefs, even if left alone afterwards, can take years to regenerate.

Thanks to the new technology, however, local law enforcement will be in a much better position to catch perpetrators in the act. “The research and development for this new technology is extremely expensive but it is groundbreaking and will be a major boon for conservation efforts in Sabah,” Christopher said. “Sabah is lucky to be in this amazing position to be cast in the international conservation limelight.”

Modified by a company in Silicon Valley, California, from a gunshot detection system used in the US, a prototype of the new tool has been successfully tested in Sabah with the help of the state’s Fisheries Department. Once funding is secured for the use of the new hi-tech monitoring device in Sabah, it will be put into action in the Tunku Abdul Rahman Marine Park, near Kota Kinabalu. When that happens, fish in the area will be able to breathe a little more easily.