Coastal Development Plan in Penang Draws the Ire of Environmentalists 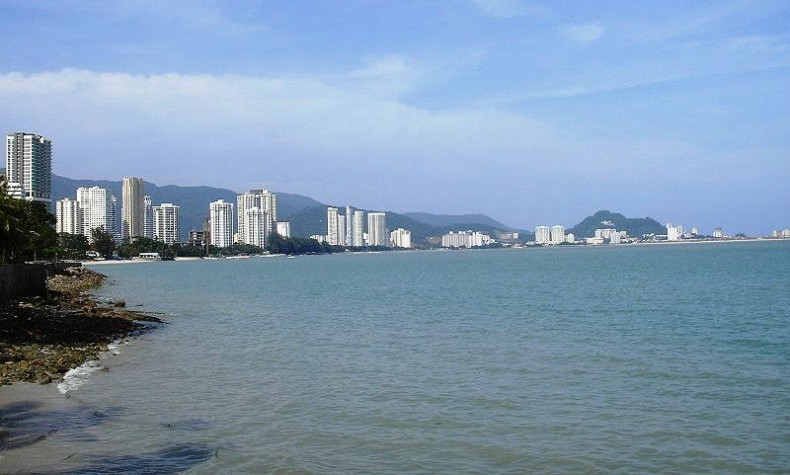 Penang's northeast coast has been heavily developed over the past decades. Photo Credit: Wikimedia Commons

The island of Penang has often been heralded as a forerunner in Malaysian sustainable development (such as it is), but that does not necessarily mean local authorities never put a foot wrong. In fact, they are false-stepping right now. An environmental NGO, Sahabat Alam Malaysia, has warned that proposed new coastal reclamation projects in Penang will risk harming the environment by potentially triggering land erosion, causing sedimentation and harming marine life.

Just over 24 hectares of coastal land has been earmarked for reclamation in Bayan Mutiara and Bayan Bay, although the local government has yet to reveal the exact nature of the controversial development project. Mohamed Idris, the president of the group, does not want to see any development of any kind, however. “Vast amounts of fill material is required for these reclamation projects,” he pointed out. “The adverse impacts of sourcing the sand and rocks required for these projects are often overlooked.”

Last December, Teng Chang Yeow, a onetime journalist turned politician in Penang, decried the island state’s government, in no uncertain terms, over what he deemed as its deliberate policy of misinformation on two planned coastal reclamation projects in Bayan Bay, which is located in the Bayan Baru township, near the island’s International Airport. “The DAP-led State Government is indulging in a pack of lies and falsehood,” he fumed, explaining that the local government has issued several contradictory statements about the planned reclamation projects.

Mohamed has called on the authorities to scrap all new reclamation projects, especially considering that several other such land reclamations are already in the works in the northeastern, southeastern and southern coasts of the island. “Environmental destruction that costs society in the long run is not the way forward,” Mohamed said.

We could not agree more. When it comes to the competing demands of environmental preservation and real estate development, the environment invariably loses out – and the situation in Penang is no different. All around Malaysia policymakers and developers alike often treat any patch of still existing natural environment, especially in highly prized coastal areas, as an as yet untapped resource. If they leave any of it intact once the bulldozers have done their job, it’s frequently only in order to keep a token bit of wild in place to placate locals and environmentalists, or else to turn the remaining patch of greenery into a selling point for their new developments, which can now be portrayed as an integral part of “nature.”