Recycling Rates across Malaysia Continue to be Dismally Low 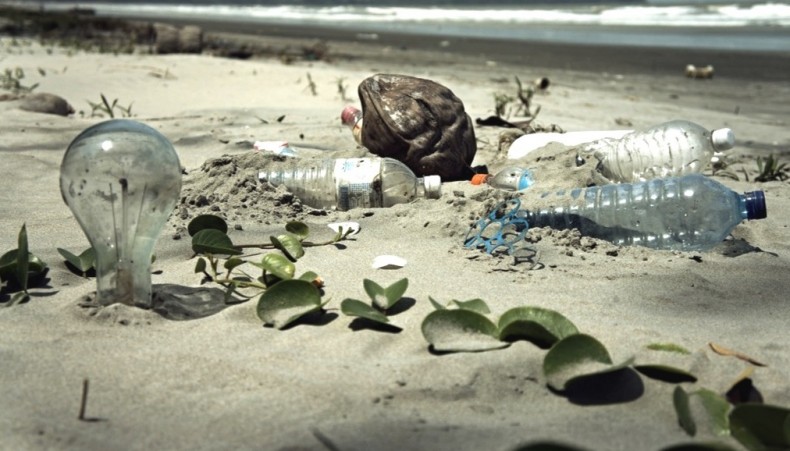 Plastic bottles and a light bulb lie discarded on a sandy beach. Malaysians often dump recyclables willy-nilly, rather than dispose of them in designated bins. Photo Credit: epSos.de via Flickr

Reduce, Reuse, Recycle – we’re all familiar with the famous Three R’s of environmental friendliness. Familiar, yes, but not necessarily in tune with them. If you’re Malaysian and regularly sort your household waste into the various types of recyclables before disposing of it into separate designated bins, well done: you certainly deserve a round of applause.

That’s because you are in a small minority of citizens who do so despite a well-publicized government campaign aimed at raising awareness of the need to recycle. The latest figures are disheartening. Last year, according to official data, recycled waste collected in all the states that joined the government’s Solid Waste and Public Cleansing program amounted to 650,000 kilograms. That may sound like a lot, but it isn’t all that much: it merely accounted for only 15% of all the solid waste that was collected nationwide. The rate of recycled solid waste last year was only slightly more than what it had been the year before: 12.8 %. By contrast, four times as much solid waste (59%) was recycled in neighboring Singapore.

“People need to change their lifestyle,” Abdul Rahman Dahlan, minister of Urban Wellbeing, Housing and Local Government, noted during a visit to the Bukit Tagar Sanitary Landfill. “They need to recycle, they need to reduce household consumption. Awareness on the reuse, reduce and recycle, or ‘3R’ program, is still very low. So there is still a long way to go and we need people to understand,” he lamented.

In other words, the government’s waste separation program, which was launched last September, has had little impact so far. Residents in Kuala Lumpur, Putrajaya, Pahang, Johor, Malacca, Negri Sembilan, Perlis and Kedah are expected to separate their household waste according to type: paper, plastic and other recyclables. Most have failed to do so. Come June 1, however, citizens who fail to separate their rubbish will face a fine of RM1,000.

The Natural Resources and Environment Ministry is also planning to introduce a national program for e-waste management, complete with new legislation, by the year 2018. The program will seek to regulate the handling and disposal of household e-waste, similarly to the system that is already in place around the country for industrial e-waste.

E-waste includes old computers, mobile phones, television sets, refrigerators and other appliances, which regularly contain environmentally hazardous materials yet are often dumped haphazardly without a second thought.“At present,” Wan Junaidi Tuanku Jaafar, minister of Natural Resources and Environment, observed, “people are likely to throw household e-waste into the drains, bushes and regular rubbish bins, which brings about adverse effects to the environment if we do not take immediate action.”