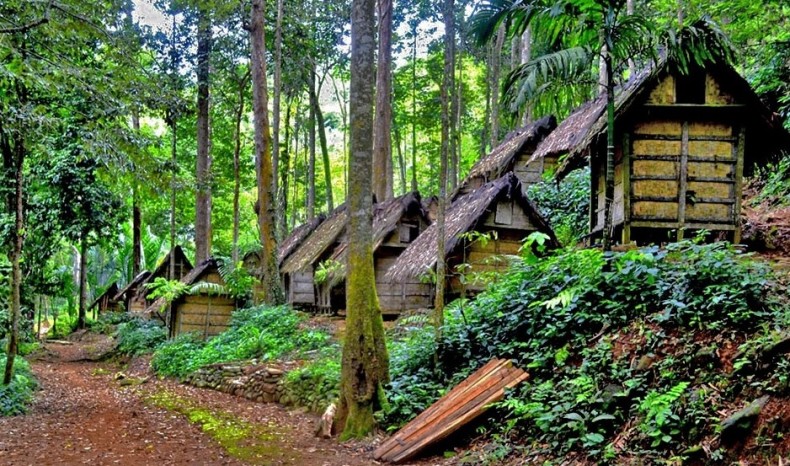 People cutting down virgin forest and planting orchards in their place – that can’t be good for the local ecosystem, can it? Yet counterintuitive as it may sound, sometimes it can. According to a new study, published in the journal Biological Conservation, by British and Malaysian researchers at The University of Nottingham, human agriculture – if carefully managed and done in moderation – can have a positive impact on local ecosystems in Malaysia’s rainforests.

The scientists observed the effects that the cultivated orchards of the indigenous Chewong people, who live in the Krau Wildlife Reserve in the Titiwangsa Mountains, in Pahang state, have had on local fauna. They have found that their traditional agroforestry has boosted the biodiversity in small patches of rainforests by providing welcome new sources of food for resident animal species which have flocked to the cultivated areas. The Chewong have planted durian, mango and rambutan trees among naturally occurring tree species in small patches of the rainforest. Their practices, the authors note, “involve minimal forest clearance and the new trees thrive alongside the existing vegetation.”

That is the key. Rather than cut their way through large swathes of forest, as oil palm cultivators do, the locals have in effect enriched the area’s flora by introducing fruit-bearing trees that have also benefited resident animals. “Over the generations, the Chewong have developed a lifestyle that avoids conflict with wildlife, such as tigers and elephants,” explained Dr Ahimsa Campos-Arceiz, head of the School of Geography at the University of Nottingham’s Malaysia Campus in Selangor. “Their fruit gardens increase the concentration of native fruits in the forest, and these fruits can be shared with wildlife because fruiting trees produce larger crops than what Chewong can eat,”

The Chewong, an indigenous group of around 400 people, have long lived in the rainforest of what is now the Krau Wildlife Reserve. Many of them continue to lead traditional lives by gathering, hunting, fishing and growing fruits and vegetables. They cultivate small fruit gardens in thin patches of minimally cleared forest and only lightly tend these orchards, thereby allowing wildlife to feast on some of the fruit. The researchers have found that these small orchards attract a wide variety of animals, including such larger endangered mammals as Malayan tapirs, Malayan sun bears and sunbar deer.

This does not of course mean that indigenous communities living in forest reserves never do harm to natural ecosystems. Sometimes they do, such as by poaching endangered animals. Yet these new findings also show that they can have a positive impact on their immediate environments. “There has been a long history of misunderstanding between managers of nature reserves and the people who continue to live inside them,” noted Dr Markus Eichhorn, a forest ecologist at the University of Nottingham’s School of Life Sciences in the United Kingdom. “In this wildlife reserve we have found that the traditional practices of the local indigenous people can have some benefits for animal conservation. This means that it is possible for both groups to work together for common goals.”