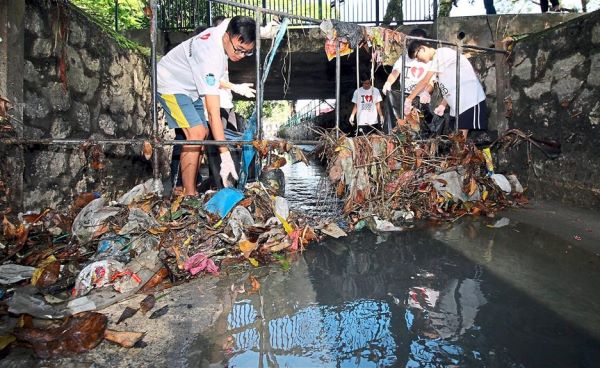 Environmental friendliness may not come to us naturally; it often needs to be cultivated. And the sooner it is done, the better. That is why initiatives like a recent clean-up of Sungai Kinta, a river that runs through Ipoh, the capital of Perak state, are so welcome: they encourage youngsters to engage in environmental activism.

During the day-long event, organized by the Star Media Group hand in hand with the NGO Global Environment Centre and the national sewage company Indah Water Konsortium, hundreds of volunteers were recruited from primary schools, high schools, colleges and riverside communities for a weekend of cleaning, planting and learning. The volunteers cleaned up a stretch of the river and some of its estuaries by collecting trash from the water, unclogging monsoon drains by removing garbage from them, and planting new plants in wetlands along their banks.

“The younger generation needs to be educated about the importance of the environment. Who knows, they might also teach their parents a thing or two,” Abdul Razak Dahalan, director of Perak’s Drainage and Irrigation Department, explained. “It is sad that we can still see schoolchildren littering and throwing rubbish out of the bus windows,” he noted. “The rubbish ends up in drains, clogging them up resulting in flash floods.”

That key message has found a receptive audience among the young volunteers. “Waste management is important for rivers and the environment,” observed Sadam Hussin Mortus Ali, a 23-year-old engineering student who is president of Universiti Tunku Abdul Rahman’s environmental volunteer group the River Rangers Community. When young people learn how to recycle their food waste and come to understand why they need to do so, they will be less likely to keep dumping their trash at the roadside or into rivers, he said.

The clean-up initiative, called “Do Good, Volunteer,” has hardly been the first of its kind in the area. The Sungai Kinta River Education Program, which ran for three years until March last year, likewise sought to engage locals in a variety of educational and clean-up activities. The Sungai Kinta river is an important source of fresh water, yet through extensive pollution it has become a permanent source of problems. With many of its monsoon drains blocked, the river has become prone to bursting its banks and flooding nearby communities, and it has also been a source of waterborne diseases.

Yet no government programs will succeed in cleaning it up without the active collaboration of local residents. As elsewhere across Malaysia, locals routinely take their natural resources for granted without a care for the actual health of those resources. “They think water comes from the Perak Water Board, but they fail to realize that the source comes from [their] rivers,” S. Jayagopi, chairman of an environmental NGO, aptly observed. Indeed. Our fresh water isn’t some infinite substance that comes to us magically out of faucets; it’s the stuff of our rivers and lakes, which we abuse, exploit and despoil at our own risk.