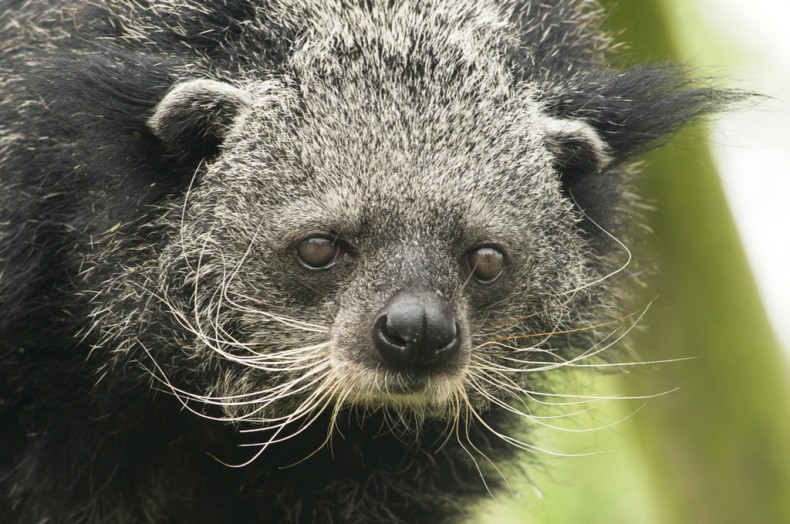 Binturongs are omnivorous, arboreal animals that are prized in the exotic pet trade for their "cute" looks. Photo Credit: ucumari via Flickr

It’s not as if we needed any further confirmation that wildlife trafficking in Malaysia is frequently conducted with total impunity, but here it comes another shocker: pet sellers in Kelantan have been offering protected species for sale on … Facebook. The state’s director of Wildlife and National Parks, Mohamad Khairi Ahmad, said that wildlife authorities recently discovered a Facebook account used for selling protected animals, including bearcats and rare parrots.

The site was run by a teenage school dropout who was caught at a local shopping mall after he had offered to sell a baby bearcat, also known as a binturong, for RM5,000 in a Facebook post. Bearcats (Arctictis binturong) are omnivorous, arboreal mammals whose numbers have dropped significantly in the wilds of Malaysia, as well as across much of their natural range around Southeast Asia, owing to habitat loss and poaching. The animal is prized by many exotic animal pet owners for its teddy bearish facial features, compact bearlike body, and long simian-style tail. The animals shamble flatfooted like bears and use their prehensile tails to grab onto branches as they forage in the foliage. They reportedly smell a bit like buttered popcorn (thanks to scent glands under its tail) and often make a chuckling noise when they are pleased.

It’s all very cute, yes, but for all their endearing qualities binturongs belong in the wild, not in small cages in people’s homes. And yet now people are selling them, and other endangered animals like dusky leaf monkeys, on Facebook. “We believe that many buyers are attracted to these animals because they look cute and are easy to play with,” Mohamad noted. Officials suspect, he added, that many people in the state are trying to earn some extra income by selling endangered species on Facebook. “Many do not realize that selling protected animals even as pets is an offence under the Wildlife Act,” he added. “The public must apply for a special permit to keep the animals.” 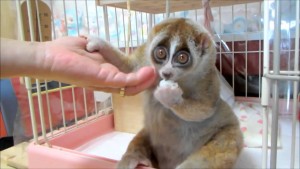 A simple search of Facebook will take you to several popular pages that openly sell “exotic pets.” And the social media giant is hardly the only social media platform that is used as a conduit worldwide for trafficking in endangered species. So is Instragram. “Cute” animals like slow lorises are especially at risk of being trafficked online in the exotic pet trade. “Clips on YouTube showing pet slow lorises being tickled or handfed,” the animal rights group International Animal Rescue has noted, “have led to a clamour from people all over the world to own one of these shy, nocturnal primates, even though they are completely unsuited to life as a domestic pet.”

That truly is a shame.