Bauxite Miners ‘Will Use’ Safer Lorries 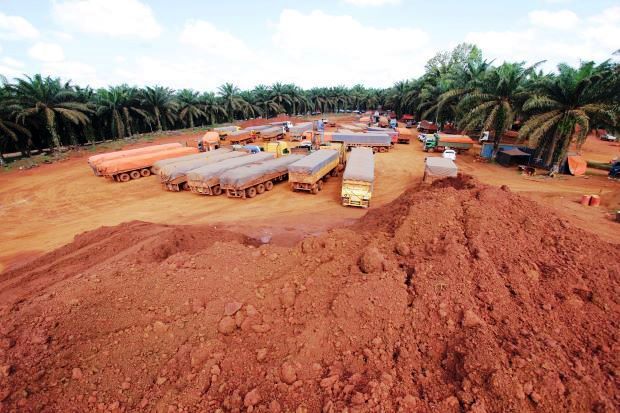 Lorries like these will no longer be allowed to transport bauxite ore in Pahang once the mining moratorium in the state expires in mid-April. Photo Credit: My News Hub

Once the three-month moratorium on bauxite mining in Pahang expires on April 14, local mines will be back in action. That is the bad news. The good news (such as it is) is that local operators have acquiesced in some new guidelines set by the government to ensure that the state’s environment will not suffer another round of massive pollution in a fallout from mining activities.

Guideline #1: Local operators have agreed to use only Pakamatic (Paka) type lorries for transporting bauxite ore to Kuantan Port from mining sites. The lorries will be of the kind also used for collecting and transporting municipal garbage, which means that they can be better secured against spillage en route. In addition, lorry drivers will be allowed to transport their loads only via designated routes to the stockpiling center at the port, in an attempt to reduce the risk of their spilling ore far and wide on the way.

Guideline #2: “We have also decided not to store the bauxite at Kuantan Port,” Transport Minister Liow Tiong Lai said. “We do not want the port to be littered with bauxite ore spills.” The amount of bauxite stored at the port will also be curtailed according to the center’s capacity to handle it safely and effectively. “We will make sure that only sufficient amount of bauxite is sent to the port each day and it needs to be exported on the same day,” the minister added.

Will these measures placate environmentalists, many of whom have called for a permanent, or at least a long-term, ban on bauxite mining in Pahang? Unlikely. The fact, however, is that mining is a lucrative source of revenue for both numerous locals and the state, and neither will likely be willing to give those revenues up. That is why the best we can hope for is much stricter guidelines for local mine operators, coupled with rigorous enforcement to ensure that they all abide by them.

The new rules seek to ensure that much less harm is done to the environment in future, but they do not address the issue of the damage that has already been done. The government has spent half a million ringgit on cleaning up several routes in affected areas, according to Dr Wan Junaidi Tuanku Jaafar, minister of Natural Resources and Environment. That is a step in the right direction, of course, but will hardly be enough to do more than merely mitigate the extensive harm to Kuantan’s soil, water and ecosystems. Far more will need to be done.