Malaysia’s Forests May Not Be Growing After All 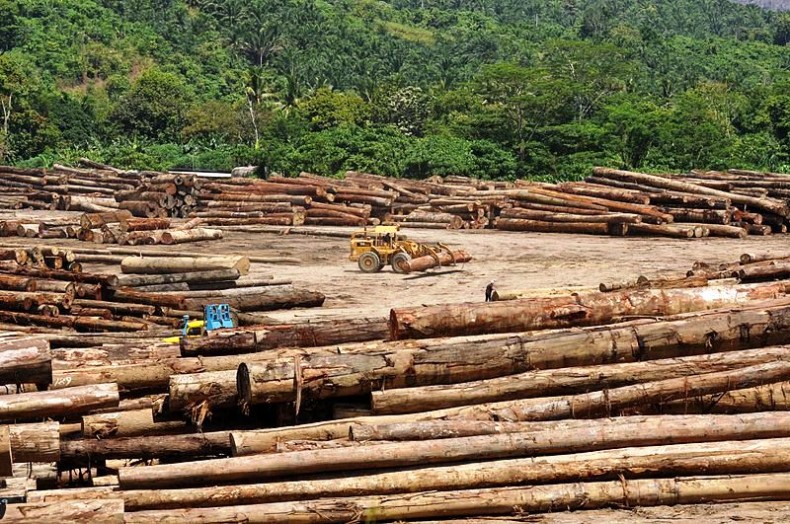 When it comes to the environment, truly good news is hard to come by. And even when there is some good news, if it sounds too good to be true, it might well be. And so it could have proved with a recent report, which Clean Malaysia also showcased, that despite all the talk of impeding doom and gloom owing to extensive deforestation, primarily fueled by loggers and palm oil cultivators, across Malaysia, the country’s forests are in fact in good shape and have even been slowly gaining in size over the past years.

That is according to a recently published Global Forest Assessment Report, titled “How Are The World’s Forests Changing?,” by the United Nations’ Food and Agriculture Organization. With its total forest area of 22.195 million hectares today, the report says, Malaysia has more forest cover than it did at the turn of the new millennium, when the figure was 21.591 million hectares. In the years between the previous FRA report in 2010 and the latest one last year, the  nation’s forest area rose by an annual average of 14,000 hectares.

Or did it?  A prominent Malaysian environmentalist is challenging those findings by labeling them “greenwashing,” a derogatory term generally used for the willful misrepresentation of a natural environment’s actual health. Upreshpal Singh, director of the conservationist group Friends of The Orangutans, took especial issue with an op-ed by a Belgian agronomist  expert Pierre Bois D’Enghien in The Star newspaper, which touted the UN findings as proof that Malaysia has been managing its forests commendably well. “Malaysia should therefore be lauded,” Bois D’Enghien wrote. “Far from the environmental pariah that some have accused it of being, it is a country that has worked hard to manage its natural resources sustainably.” 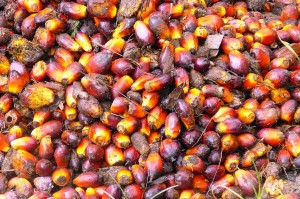 Palm fruit, from which palm oil is derived, is a lucrative crop, but its cultivation frequently wreaks havoc with forests. Photo Credit: Rainforest Action Network via Flickr

Not so, Singh insists. “D’Enghien implies that ‘Malaysia’s forest area is increasing, not decreasing’,” he writes in his rebuttal. “This is misleading as researchers and scientists have shown Malaysia as having an extremely high rate of deforestation….” To make matters worse, he points out, for its report the FAO relied on data prepared not by independent agencies but by the Malaysian government, which has long stood accused by environmentalists of monkeying around with statistics and trying to cover up or downplay inconvenient facts about the parlous state of much of the country’s once pristine natural environment.

Singh has called for independent verification of the UN report’s claims, a call that we all ought to second. Here’s why: Because the United Nations is popularly regarded, rightly or wrongly, as a reliable source of information and an unbiased arbiter in global affairs, reports that appear in print bearing the organization’s imprimatur are widely afforded automatic credibility – perhaps unduly so. The assumption is that UN experts and officials know what they are doing and present facts as they are. If Singh is right, that has certainly not been the case with the health of Malaysia’s forests, which is a sobering thought.

To prove his point, the outspoken environmentalist cites recent findings by researchers at the National University of Singapore, according to which Malaysia had a maximum of 45.4% forest cover in 2010, which translates to a loss of 13.2% within a decade between 2000 and 2010. “Between those 10 years our country lost an astonishing 45.3 percent of forest cover on peatland. More recent data shows between 2012 and 2014 our country suffered 484,700 hectares of forest cover loss,” he writes.

Singh also takes aim at Bois D’Enghien, who works with palm oil corporations, for misrepresenting actual figures. “D’Enghien’s piece states that Malaysia’s forest area today is 22,195,100ha, or 67.6 percent (more than two-thirds) of the land area,” the environmentalist writes. “‘Forest area’ is a dubious term as forest areas area might not have any natural forest in it. The correct term to use is ‘forest cover’.” he explains: “Tree cover describes all trees and vegetation taller than 5m, including palm oil plantations, but palm oil plantations cannot be classified as forest as [they] cannot match natural forests in terms of carbon storage, biodiversity and maintenance of our precious ecosystems.”

In other words, if we lump palm oil plantations in with real forests, we may end up with an impressive degree of forest cover across Malaysia, but those figures inevitably mask the real extent of actual forests. And so there you have it. The recent bit of good news about Malaysia’s forests may well prove to have been illusory. And that’s bad news.