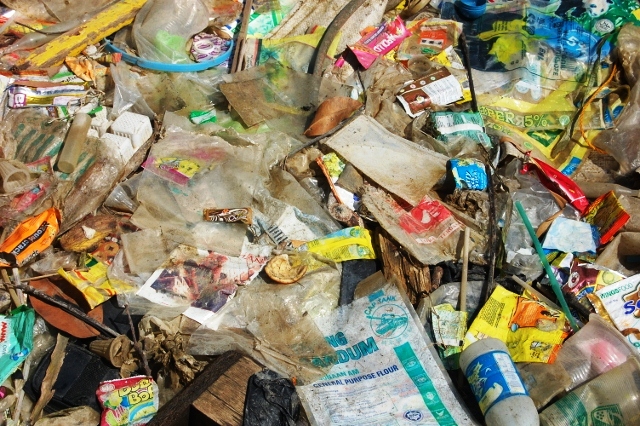 Carpets of trash are hardly enticing sights. They are a blot on Sabah's image. Photo Credit: Wikimedia Commons

A world-renowned hotspot of biodiversity, Sabah on the island of Borneo is one of the most popular tourism destinations in Malaysia – justifiably so. It’s famous for its natural parks, its stunning beaches and its orangutan rehabilitation centers. Too bad then that most visitors invariably come face to face with another thing that Sabah is also famous for – make that notorious, rather.

We are speaking of litter. Discarded trash seems to be everywhere around the picturesque state: on streets, by the sides of roads, along forest trails, in public parks, on sandy beaches. Local administrations have launched a series of anti-littering campaigns with varying degrees of success (read: they’ve mostly failed). The state’s government has recently been flirting with the idea of a green tax imposed on high-end hotels so that proceeds from it could be used for regular clean-ups.

The problem, though, remains that many locals – let’s be honest –  seem to have proved remarkably resilient to the idea that they are part of the problem by littering offhandedly as if it was nobody’s business. Not even the prospect of fines (of up to RM500) for littering has discouraged many of them from chucking their trash away with casual nonchalance. For all the anti-littering government campaigns over the years, an observer noted back in 2010, “the attitude of the people regarding littering has not greatly changed.” And that attitude has entailed leaving the cleanup of garbage-strewn streets and beaches to the authorities while citizens have generally continued to wash their hands off the matter – as if they’ve had nothing at all to do with a lot of that litter ending up on streets and beaches in the first place. If pretty much everyone is littering, the popular mindset seems to be, then littering can’t be such a bad thing, can it?

So what to do? The state’s government believes it has the answer: another anti-littering and clean-up campaign. Will it work? Time will tell, not least because the plan’s specifics have yet to be spelled out in detail. But Masidi Manjun, Sabah’s minister of Tourism, Culture and Environment, has warned that the stakes are high. The large and unsightly amounts of trash littering the state may cause prospective tourists to stay away and opt instead for other similarly scenic destinations in neighboring Indonesia and Malaysia. “The diving sites in the Philippines are as good as the ones we have here,” he pointed out.

It’s not as if the state’s tourism industry can afford to lose a lot more visitors. Last year the number of arrivals to Sabah was already down to 2.9 million, from 3.23 million in 2014. So litterbugs in Sabah, what’s it gonna be: the same old, same old, or else a new era of cleanliness and civic responsibility? You decide.