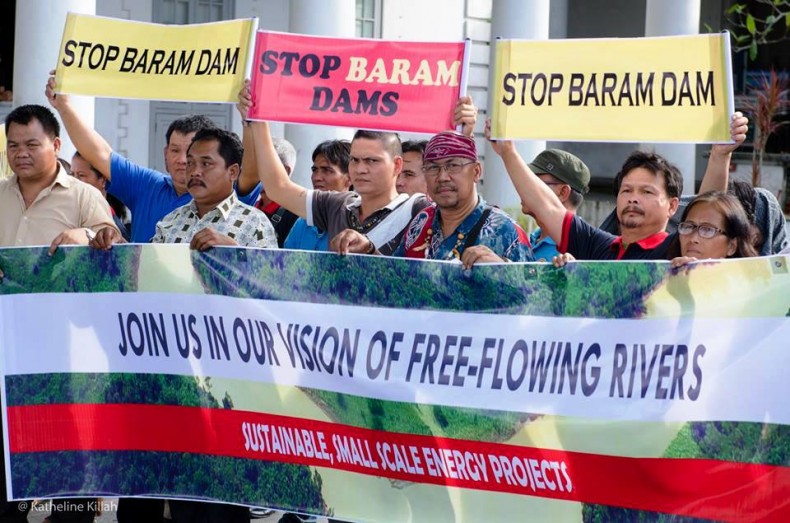 Activists of the environmental group Save Rivers make their feelings known about the proposed Baram Dam at a rally in Sarawak. Photo Credit: Save Rivers via Facebook

A proposed hydroelectric dam on the Baram River in the state of Sarawak has been on and off so local environmental activists might rightfully be concerned about its current status. Last July the state’s Chief Minister Adenan Satem announced that the project had been put on hold, pending consultation with local villagers, tens of thousands of whom would be displaced if the green light was granted. 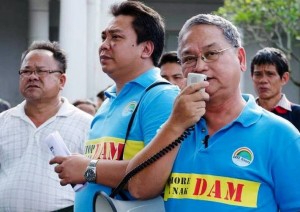 Save Rivers head Peter Kallang (in blue with bullhorn) addresses an anti-dam demonstration. Photo Credit: Save Rivers via Facebook

Six months on, environmentalists are wondering: Is the dam still off, and, if so, is it off for good? “The fact is that the chief minister has never made an official announcement that the Baram Dam is being cancelled,” Peter Kallang, an electrical engineer who is chairman of the environmental group Save Rivers, said in a press release published on the group’s Facebook page. Save Rivers staunchly opposes the project on the grounds that it would inflict grave damage on local ecosystems.

Although the dam’s construction was put on hold last year, it appears as if the ground is still being laid for it slowly but surely, Kallang said. “[Logging] is going on as if in anticipation of the dam’s construction,” the activist noted, adding: “The cancellation is only real when it is in black and white and the gazette for the dam site and the reservoir is revoked.” Local villagers have set up monitoring camps at the site to stay abreast of any changes on the ground by the prospective developers.

Like much of the rest of Malaysia, Sarawak is caught between the needs of economic development and the need to protect what’s left of the state’s ecosystems and biodiversity. If constructed, the dam on the Baram River might submerge as much as 400 square kilometers of land with its forests and wildlife, potentially driving several plant and arthropod species extinct. Around 20,000 local villagers, who predominantly belong to indigenous people, would also need to find new homes elsewhere. 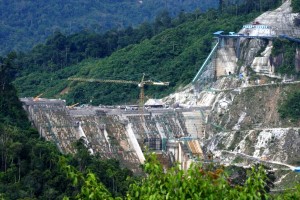 And the 1,200 megawatt dam would be only one of 12 that are being planned for Sarawak by the state’s electricity company Sarawak Energy Berhad. The first, the 944 megawatt Murum Dam, situated on the river of the same name, has already been largely constructed, leading to considerable environmental harm and to the displacement of local Penan people from their ancestral forest lands. Locals have been offered scarcely any compensation and many of them have found themselves in appalling conditions at their new state-appointed resettlement area, which is so small and confined that “we can hardly move,” as one of them put it.

As a last resort, some villagers have built floating villages on the dam’s reservoir, right above where their now-submerged villages once stood. Tragic? You bet.