KL’s Panda Cub Gets Named. Now, Let’s Not Forget all those Sun Bears 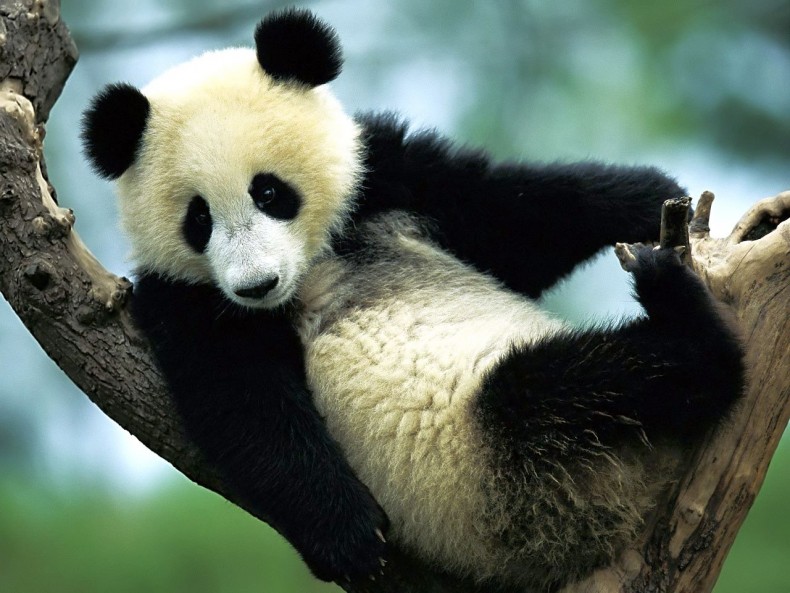 A young panda takes it easy in its enclosure. Photo Credit: Flickr

Pandas. Don’t we love them? That cute teddy bearish look. That cuddly, rotund body. Those cool black patches over the eyes with matching ears. That groovy long-sleeved black vest over their spotless white coat. Adorable.

It’s no surprise then that even relatively routine events in the lives of these endangered animals instantly make the headlines. The birth of a baby girl, on August 18, to the resident giant panda couple, Xing Xing and Liang Liang, at Kuala Lumpur’s Zoo Negara duly did make headlines across Malaysia. Subsequently, the country’s enthusiastic citizens submitted a whopping 22,830 entries in the national “Name the Giant Panda” contest. The government will now submit the 15 shortlisted names, carefully vetted by experts, to the Chinese government for its approval. “When they get back to us, my ministry will choose what we think is the best name from the approved list,” explained Dr Wan Junaidi Tuanku Jaafar, minister of Natural Resources and Environment. “I will then propose it to the Cabinet.”

Imagine that: the naming of the little bear requires the approval of both Beijing and Putrajaya. If that sounds a tad excessive, that’s because it is. Giant pandas (Ailuropoda melanoleuca) have long been the mascots of choice for various environmental causes. They are also an integral part of the Chinese’s governments’ global outreach efforts, dubbed “panda diplomacy,” whereby Beijing loans artificially bred pandas to various countries around the world as a sign of its goodwill.

But pandas can come at steep costs to hosts, Malaysia included. The country spent RM25 million on building a special enclosure for its giant panda couple in Kuala Lumpur’s zoo, while it costs around RM60,000 every month to feed, house and tend to the two animals and their newborn. Presumably, the expenses associated with the long process of naming will also have cost a packet. Money well spent? Not necessarily. All those amounts might well have been far better spent on, say, helping the nation’s beleaguered eponymous ursine, the Malayan sun bear. 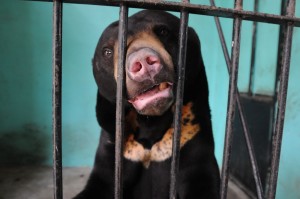 A Bornean sun bear, newly rescued from a “bear farm,” gazes through the bars of its cage. Photo Credit: We Animals Project

Away from the headlines, these endearing cousins of China’s pandas routinely fall prey to poachers’ snares in the wild, and there remains a seemingly insatiable appetite for its paws, which are served as a delicacy in myriad restaurants that specialize in exotic dishes. Ironically, many of those restaurants operate with impunity in China, the very country that dotes on its own pandas. Meanwhile, countless other sun bears languish in appalling conditions at so-called “bear farms,” where they are confided to tiny cages so that their bile could regularly be tapped for traditional Chinese medicine, which attributes curative properties to it.

Not surprisingly, several conservationists aren’t too pleased. “I hate those bloody pandas,” quipped one of them, Matt Hunt, the British chief executive of Free the Bears Fund, an international animal charity that helps save Malayan sun bears and Asiatic moon bears around Southeast Asia. “It’s often as if no other bears even existed.” Needless to say, our misplaced priorities are hardly the pandas’ fault. Yet even as we swoon over them, let us not forget all the other bears that need our help and attention just as much.