Pollution Persists in Seafood, but Less So Than You Might Think 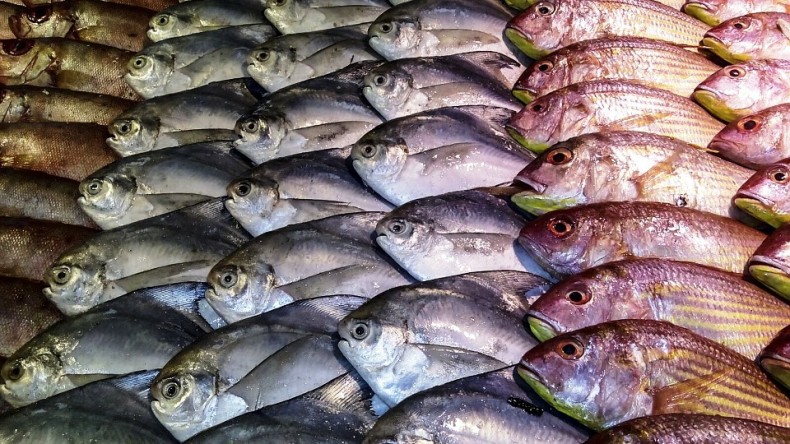 Our seafood often contains plenty of our own pollutants. Photo Credit: Pixabay

This will come as no surprise to anyone familiar with the environment: frequently, pollution isn’t in your face. Rather, it’s invisible and insidious, permeating everything around us – the air, the sea, the soil. Yet precisely because it remains invisible to the naked eye, we routinely ignore it or else remain unaware of it. We shouldn’t – especially because pollution has also got into much of our food. The toxins and trash we dump into the seas often end up on our plate.

We’ve of course known that. But there is a new study that confirms it. A global analysis of fish populations worldwide by researchers at the Scripps Institution of Oceanography at UC San Diego, in the United States, has shown that much of our seafood is contaminated with persistent organic pollutants (POPs) – industrial and agricultural pollutants, that is, including older chemicals, such as DDT and mercury, as well as newer industrial ones, such as flame retardants and coolants. “Based on the best data collected from across the globe, we can say that POPs can be anywhere and in any species of marine fish,” biologist Stuart Sandin, a co-author of the study, noted.

But here’s some good news. While all fish stocks, including Malaysia’s, have been contaminated, not all of them have been contaminated to the same degree. In some areas of the oceans fish may be as much as a thousand times more contaminated than elsewhere. In addition, the researchers say that based on their analysis the average concentrations of individual pollutants were considerably higher three decades ago than they are today, there having been a drop in their concentration of between 15% and 30% per decade. 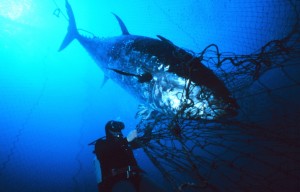 An Atlantic blue tuna is ensnared in a net. The species has been overfished into near-extinction. Photo Credit: Wikimedia Commons

“This means that the typical fish that you consume today can have approximately 50% of the concentration of most POPs when compared to the same fish eaten by your parents at your age,” said lead author Lindsay Bonito. In other words, comprehensive global action to reduce the amounts of pollutants that are released into the seas has been relatively successful over the years.

Let’s celebrate? Not so fast. Less pollution is of course much better than more pollution, yet it’s still pollution just the same. The researchers have cautioned that many fish stocks remain highly polluted, and while individual items of seafood may be less toxic than previously thought, the cumulative effect of dining on polluted seafood regularly can lead to serious health problems.

And then there is also this: our seafood in general may be less polluted than in previous decades, but there is also a whole lot less fish in our oceans. Overfishing has taken a toll on myriad previously abundant marine species. “More than 85 percent of the world’s fisheries have been pushed to or beyond their biological limits and are in need of strict management plans to restore them,” explains the World Wide Fund for Nature (WWF). “Several important commercial fish populations (such as Atlantic bluefin tuna) have declined to the point where their survival as a species is threatened. Target fishing of top predators, such as tuna and groupers, is changing marine communities, which lead to an abundance of smaller marine species, such as sardines and anchovies.”