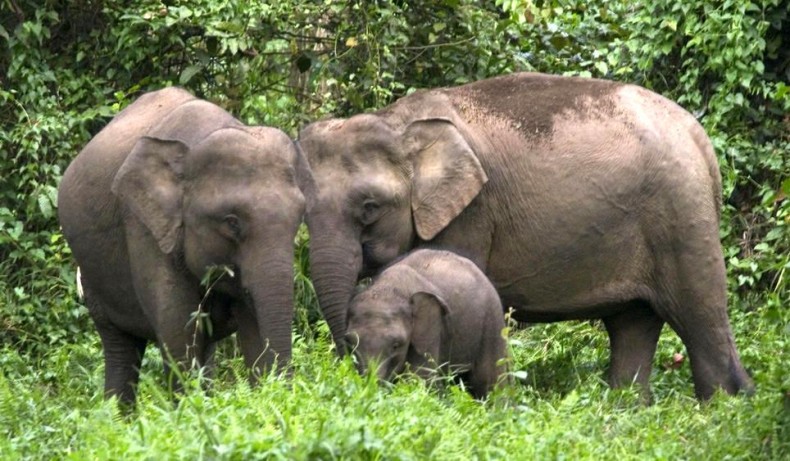 As wildlife populations of endangered species shrink within a habitat, so does their genetic viability. With reduced gene pools, wild animals come to be increasingly at risk of inbreeding – the mating of two genetically closely related individuals. A frequent outcome of that: homozygosity, which increases their offspring’s chances of being born with birth defects or deleterious traits.

This is what might just be happening to Sabah’s wild elephants. Only around 2,500 Bornean pygmy elephants remain in the state’s shrinking forests, and the various herds of the pachyderms are becoming disconnected from one another through an fragmentation of their habitats. This means that the chances of individuals to meet and mate with elephants from other herds are significantly reduced. In short, the long-term genetic viability of this entire subspecies of pachyderm is at stake in Sabah.

That is the conclusion reached by an international team of scientists who have just published their findings in the journal Biological Conservation. Intensive forest clearing for land development and palm oil plantations, they say, has driven elephant populations into dwindling habitats in Lower Kinabatangan, Upper Kinabatangan and Central Sabah, while cutting herds further off from each other. If these forested areas become entirely disconnected, their resident elephant herds will be at ever greater risk of inbreeding. 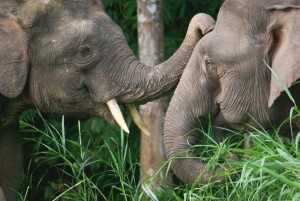 And the genetic diversity among Sabah’s pachyderms is already low enough as it is. “It was alarming to detect reduced gene flow levels among elephant populations in Sabah,” said Dr Benoit Goosens, director of the Danau Girang Field Centre in Sabah and the study’s lead author whose team spent several months collecting DNA samples from various individual animals in different herds.

The solution is, of course, self-evident. Existing forests must be preserved and increased connectivity between them will need to be created or maintained to help ensure that local elephants’ gene pool remains healthy enough. “It is now very important to secure forest connectivity between these distinct populations to avoid further fragmentation within the population if we want to conserve the species,” Goosens noted. Conservationists have proposed the creation of so-called “elephant highways” – forest corridors that the lumbering jumbos can traverse without much risk of coming into conflict with locals.

As matters stand, however, some of their habitat is set to be fragmented further still. The government is planning to build a new paved road through the 26,000-hectare Lower Kinabatangan Wildlife Sanctuary with a bridge across the Kinabatangan River. Time to reconsider that plan? Looks like it. Borneo’s pygmy elephants, whose endearing Dumbo-esque physiognomy makes them an instant hit with any animal lover who claps eyes on them, are a genetically unique subspecies. They are the smallest elephants on the continent and split from Asian elephants on the mainland some 300,000 years ago – at a time, that is, when modern humans were barely even a twinkle in evolution’s eye. That is to say, they were here long before us. We owe it to them to let them carry on in health and vigor even now that we are here.