Bauxite-Ravaged Land in Pahang Could be Rehabilitated ‘within Two Years’ 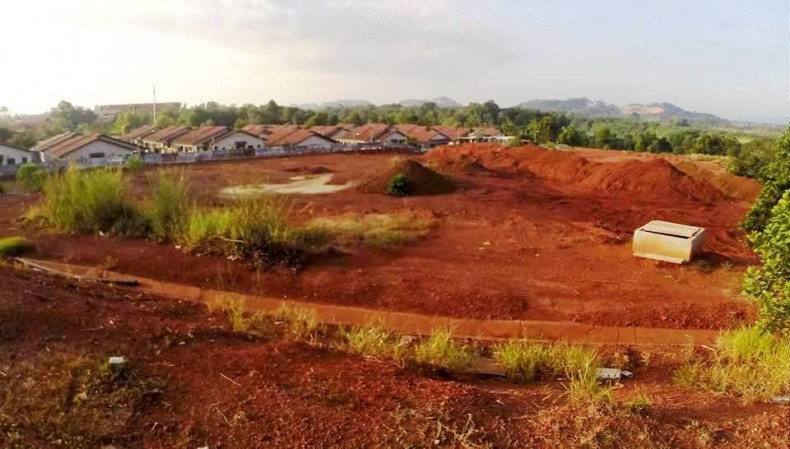 Contaminated soil in Kuantan Pahang, could be rehabilitated within the space of around two years, an expert insists. Photo Credit: GERAM via Facebook

Ask several environmentalists and they will tell you that the contaminated patches of land in Pahang will need decades to recover from the extensive pollution inflicted on them by bauxite mining. Ask Ahmad Fuad Embi, vice-president of the Malaysian Stormwater Organization, however, and he will tell you that a mere two years should suffice for environmental rehabilitation.

So which is it? All in all, around 1,200 hectares of territory has been polluted extensively as a result of a  pell-mell mining frenzy in Kuantan throughout last year. Fresh water sources have become contaminated with toxic heavy metals, fruit-bearing trees in the area have seen their yield diminish, and large swathes of arable soil have been too badly compromised to support agriculture. 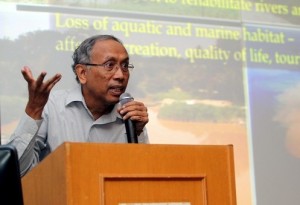 That sounds bleak, yes, but Ahmad Fuad sees no reason why the area could not be rehabilitated within a couple of years. “Even the oil palm plantations (which have been turned into bauxite mining sites by the landowners) can be resuscitated and replanted within a period of two years,” Ahmad Fuad said during a forum on responsible mining. He went on to pooh-pooh doubts about the feasibility of that timeframe. “I believe the land can be restored in two years if it (remedial process) is done correctly. We have to try, if we don’t try, we won’t know,” he insisted. That indeed is the spirit!

He warned, however, that it will be a costly and time-consuming process. Were polluted land to be left barren and uncultivated for a long period, he explained, loose soil would continue to erode, leaving behind “rocky ground devoid of any material for vegetation growth, plus a scarred landscape with vertical slopes and ridges.” “Do we want to leave 1,200 hectares of land looking like that?” he wondered in an interview with the Bernama news agency. “It will resemble a rocky desert because no plant will grow on it if the land is not rehabilitated … unless we want to wait for some 50 years for it to be naturally restored.”

It was Natural Resources and Environment minister Dr. Wan Junaidi Tuanku Jaafar who suggested that contaminated soil in Kuantan might need half a century to recover fully from the mining calamity. He recommends cultivating cover crops such as legumes that can aid in draining pollution away from the soil. No so, Ahmad Fuad insists. The rehabilitative process, he says, should focus on reinstating the top soil that has been ravaged by mine excavators. The use of bio components such as compost and mulch could then help spread essential nutrients into the top layer of soil and restore its vitality within a relatively short period of time. Meanwhile, newly built bunds and drainage systems could contain any run-offs from land undergoing rehabilitation. That done, the land could be replanted from the ground up, so to speak. “Grass or any other plants (suited to the soil conditions) can be grown first before the land is replanted with trees,” he explained.

As for the costs of such extensive rehabilitation work, Ahmad Fuad recommends requiring landowners and mining companies to foot the bill. “It’s unfair to use public funds to rehabilitate the land since the landowners allowed their land to be used for the mining operations, then it’s only fair that they pay for the rehabilitation,” he said. “There are reports that some landowners were paid up to RM1 million by the miners, so why can’t they fork out RM50,000 to restore their own piece of land?” Why not indeed?