Sabah Will Turn 3 Marine Parks into Sanctuaries for Beleaguered Sharks 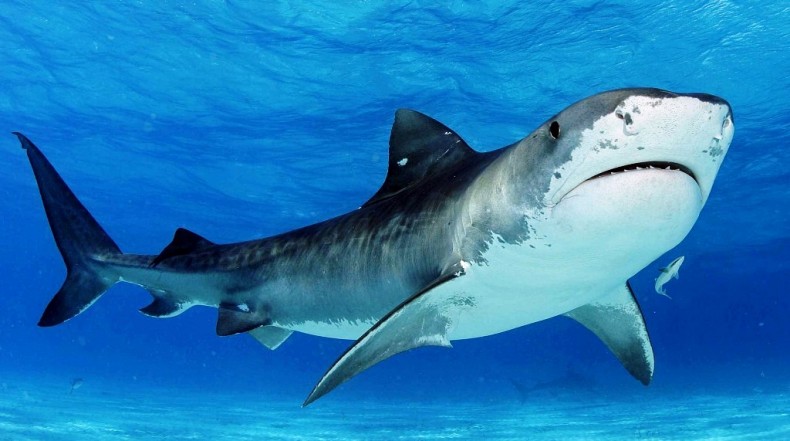 Come mid-2016, sharks living in some of Malaysia’s waters may be breathing a little more easily. The state of Sabah will declare three of its marine parks to be shark sanctuaries: Tun Sakaran in Semporna district; Tunku Abdul Rahman in Kota Kinbalu; and newly established Tun Mustapha in Kudat. The marine parks cover an area of 2 million hectares in total and are home to around 80% of Malaysia’s shark populations. In all three, these endangered marine animals will be protected and their hunting will be illegal. 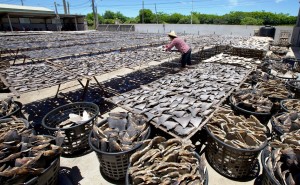 Thousands of shark fins dry in the sun at a factory in Taiwan. Photo Credit: Wikimedia Commons

Few fishing practices equal shark hunting in callous brutality. Fishermen worldwide hunt sharks to stop them feeding on local fish stocks or to rid coastal waters of them to allay people’s fears of the animals. Routinely, however, they do so for the sharks’ fins, which are served as a delicacy in Chinese cuisine. When that happens, fishermen often catch larger sharks, cut off their fins and dump the animals, which are frequently still alive, back into the water to die a slow and painful death.

Whatever the reason people hunt these splendid apex predators, populations of sharks have plummeted worldwide, with many of the 465 known shark species having been driven to the brink of extinction. Each year an estimated 100 million sharks are killed globally. The practice of shark hunting and finning remains rare in Malaysia, where fishermen usually catch sharks in their nets by accident. What is not so rare in the country at all, however, is the consumption of imported fins.

Malaysia remains the world’s ninth largest producer of shark products and the third largest importer of fins in terms of volume, according to a UN report from last year. A whopping 84% of imported fins are consumed domestically. “Between 2004 and 2011, an average of 1,384 metric tonnes of imported shark fins were consumed annually in Malaysia,” WWF-Malaysia notes. “In the past ten years, the volume of shark fin consumption has increased by an average of 54% per year.”

For the state of Sabah, sharks in local waters are worth much more alive than dead. The animals are key attractions in the state’s diving industry, which brought in RM364 million in 2014. Their use for the diving industry aside, sharks fulfill a vital role in marine ecosystems as the top predators in food chains. They keep fish stocks healthy by preying on weak, old and diseased specimens. WWF-Malaysia has been running a series of “My Fin My Life” campaigns from Penang to Sabah to convince citizens to keep shark off menus in favor of keeping them alive in the country’s seas.