A Haul of African Ivory is Seized at KLIA 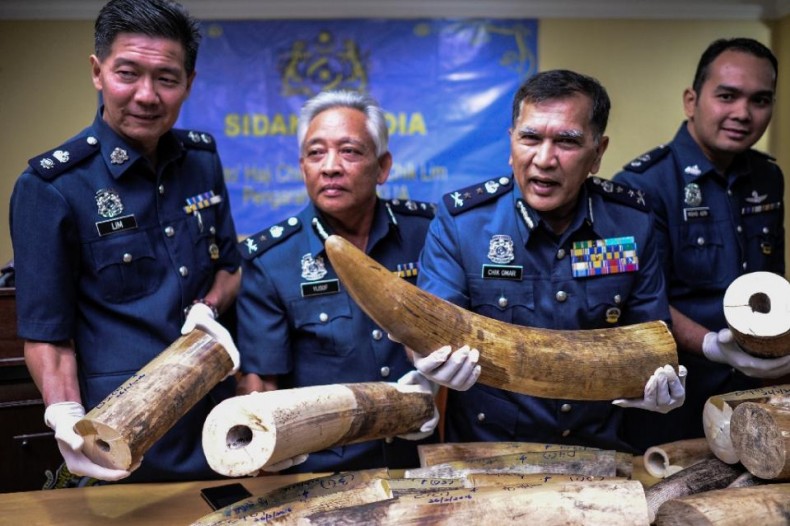 One hundred fifty-nine kilograms. That’s the weight of ivory that Malaysian customs officials intercepted during a single day at Kuala Lumpur International Airport. They arrested two Vietnamese men who were found to have 101kg of ivory inside their luggage. “A scan on four of their bags aroused the suspicion of customs officers, who discovered 18 elephant tusks hidden in them,” explained Chik Omar Chik Lim, director of the airport’s Customs Department.

Shortly thereafter that same day, officials discovered another haul of elephant tusks, amounting to 58 kilograms, in the bag of another Vietnamese passenger who had just flown in from Addis Ababa in Ethiopia and was on his way to Hanoi. The total haul of 159kg would be worth around $382,000 (RM1.56 million) on the international black market. “We believe that he is linked to the men we had arrested earlier,” the customs director said about the third man.

So it sadly goes: Another day, another blatant crime by wildlife traffickers. TRAFFIC, a nonprofit that monitors the trade across the region, says the haul indicates that traffickers are becoming more audacious by trying new methods for their smuggling activities. “Large volumes have traditionally been shipped by sea. So this clearly shows that smugglers are diversifying their methods,” said Kanitha Krishnasamy, the groups  program manager for Southeast Asia.

The number of African elephants has dropped precipitously over the past century, from millions of pachyderms in the early 20th century to around 470,000 today. Once the animals roamed far and wide across the continent, but by now they have been driven into much-shriveled natural ranges in some of the continent’s savannahs and equatorial rainforests. Around a fifth of elephants live in well-protected areas, but poachers continue to hunt them for their tusks and other body parts, which are highly prized as materials and ingredients for decorations, pieces of jewelry, and remedies in traditional Chinese medicine.

The International Trade in Endangered Species Act 2008 prohibits the sale of ivory, and elephant tusks cannot be imported into Malaysia without the permission of the country’s Department of Wildlife and National Parks. That, of course, does not stop wildlife traffickers from trying. Malaysia has for years been a global hub of wildlife smuggling with animals such as pangolins and exotic birds at especial risk of being smuggled out of the country. Traffickers routinely try to spirit endangered animals out by air and via sea routes. Only constant vigilance on the part of officials can arrest the prevalent traffic in endangered species and their body parts. So let’s now chalk one up to KLIA’s alert officers for a job well done.