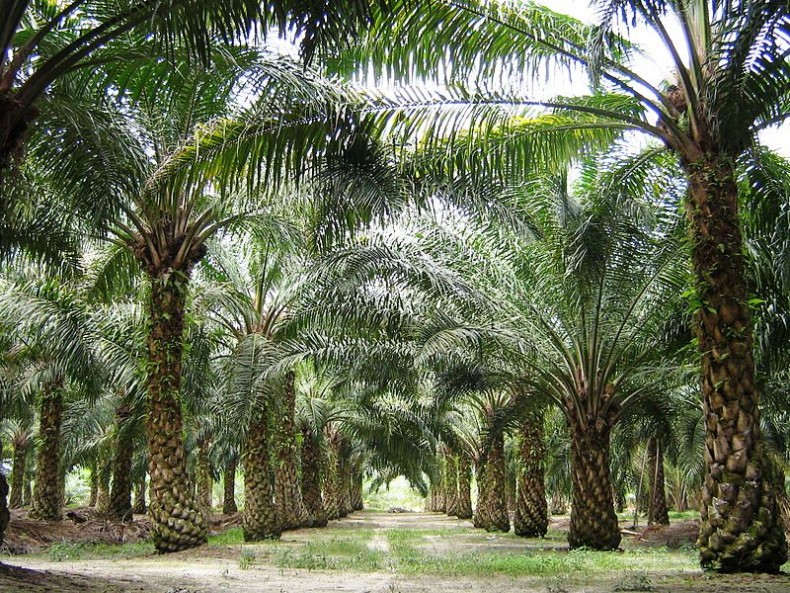 Malaysian oil palm plantations like this one owe their great yields to a little insect. Photo Credit: Wikimedia Commons

Insects play an important role in ecosystems with plants relying on the wee critters to facilitate their reproduction through pollination. Their bodies are naturally designed to carry pollen far and wide, thereby fertilizing diverse kinds of plants while they forage for nectar. Among the plants that insects help pollinate are oil palms, which form a backbone of Malaysia’s economy as palm oil is an ingredient widely used in everything from chocolate to pizza and from lipstick to shampoo.

In the past, Malaysia’s palm oil production largely depended on human laborers who pollinated palm flowers manually. This was not only time-consuming but also largely ineffective. Enter a humble weevil, specifically the African oil palm weevils (Elaeidobius kamerunicus), which, as its name suggests, originated in Africa, from where they were imported wholesale into Malaysia in the 1980s. That was thanks to an enterprising  Scotsman, Leslie Davidson, who as the manager of an estate in the Labuk Valley, introduced oil palms to Sabah, where he had relocated from Cameroon, in 1960. Davidson would go on to help introduce weevils to Sabah from Cameroon in 1981 to do the task of pollination on the oil palm trees.

The African oil palm weevil is a diminutive critter but it packs a punch in palm oil cultivation. Photo Credit: Oil Palm Knowledge Base

That the weevils continue to do without fail. As they move about to feed on the anther filaments of male flowers, they collect pollen grains that get stuck on their body in the sticky humidity of Malaysia’s tropical climate. The tiny insects then proceed to deposit the pollen grains in the stigma of female flowers. In so doing, the tiny nondescript weevils have saved the country’s palm oil industry upwards of US$10 billion over the years by pollinating countless numbers of oil palm trees, which has recently led Prime Minister Najib Razak to sing the praises of the country’s unsung pollinators.

“If there are no weevils, then pollination will depend on the wind and it’ll be a very poor crop,” agrees Purushothaman Kumaran, the chief financial officer at IJM Plantations Bhd in Sabah. “The weevils are residents on the palm trees. They sit on the male flowers, then carry the pollen and fly onto the female flowers and pollinate them.” The bugs, he said, have boosted yields at Malaysian palm oil plantations by as much as 43% to 20 tons of fresh fruit bunches per hectare – up from around 14.5 tons with wind-pollinated plants. Quite a feat by tiny critters like that.

Malaysia is the world’s second largest producer of palm oil, after neighboring Indonesia, producing about 90 million tons of lignocellulosic biomass and employing around half a million workers nationwide in the industry. The country’s phenomenal success in oil palm production hasn’t come without a price, however: it has exacted a terrible toll on natural ecosystems with huge tracts of rainforest having been cut down to make way for plantations. But that’s hardly the weevils’ fault.