Sarawak Officials ‘Will Get Tough’ on Illegal Loggers. Just About Time Too 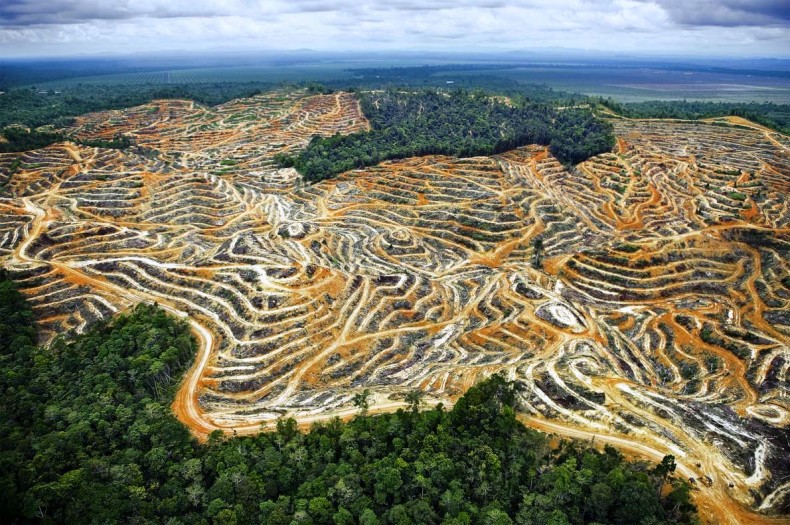 A perennial feature of the official stance on Malaysia’s beleaguered environment is that officials tend to talk tough, but they end up acting rather less decisively when push comes to shove – if, that is, they decide to act at all. In Sarawak, that might be about to change, and here’s hoping that it does. The director of the state’s Forestry Department has pledged to enact a zero-tolerance policy against illegal logging by clamping down on the possession of illegally obtained timber.

Downstream timber companies and saw mills will come under increased scrutiny to ensure that they comply with the new Forest Ordinance, which was passed last April and prescribes harsh penalties for lawbreakers. According to the ordinance, illegal saw mill operators can face up to seven years in prison and a fine of up to RM10 million. “We issued a circular in January 2015, prohibiting possession of logs or timber without [permits], but there are cases of those not adhering to the law. From April 1, there will be no more excuses,” Forest Department director Sapuan Ahmad warned. “Enough is enough, we have given them a 12-month grace period. Now we mean business. All logs and timber at sawmills must have its royalty assessed.” 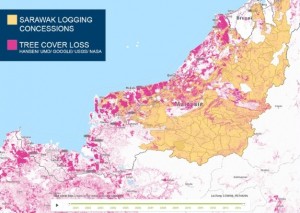 It’s just about time for a much tougher stance against illegal logging around the state. The Sarawak Geoportal, a new online tool by the Bruno Manser Fund, shows that the state’s rainforests and peat lands have suffered extensive deforestation and destruction over the past years and decades. Contrary to assurances made not long ago by the former long-time chief minister of Sarawak, Abdul Taib Mahmud, that 70% of the state’s rainforests were “intact” with only 14% of the forests having been felled or converted to plantations, the new comprehensive digital tool indicates that a mere 11% of Sarawak’s forests have in fact remained untouched. That will come as no surprise to conservationists who have long been warning of the dire state of Sarawak’s forests.

Reliable official maps and figures on the extent of deforestation across Sarawak are few and far between, but a similar online mapping tool by Global Forest Watch has likewise revealed that logging, oil palm and planted forest concessions cover more than half of the state, slowly but steadily squeezing rainforests with their unique ecosystems out of existence. Many of the plantations and planted forests overlap with intact rainforests, which often makes it harder to detect where one ends and the other begins, allowing officials to fudge figures on the actual extent of virgin forests. What isn’t in doubt is that Sarawak’s rainforests are being erased and degraded at one of the highest rates in the world. A mere glance at Global Forest Watch’s interactive maps on the relentless sprawl of industrial concessions and the shriveling up of untouched rainforests in their wake should alone give anyone pause.

“Powerful remote sensing data, combined with the boundaries of concessions, sheds light on where forests are being cleared or degraded, how quickly and by whom,” the collaborative conservationist initiative explains. “These new maps reveal that timber license concessions alone cover a total of 6,542,852 hectares (nearly 16 million acres), over half (53 percent) of Sarawak’s total land area. The logging concessions are concentrated toward inland Borneo, on the border with Indonesian Kalimantan, home to some of the densest and most biodiverse remaining forests on the island.” Global Forest Watch concludes: “According to our analysis, only 26 percent of land with tree cover in Sarawak remains outside industrial concessions and protected areas.” In other words: in the best-case scenario, as per these figures, only a fourth of Sarawak’s forests are intact; in the worst, as per Sarawak Geoportal assessments, only a little over one-tenth could be. 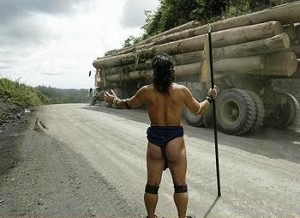 Meanwhile, illegal logging, too, continues to take its toll on local forests and their inhabitants, including indigenous communities. Since the new ordinance with its harsher penalties came into effect in April 2015, local Forestry Department officials say that as much as 6,000 cubic meters of illegally possessed logs has been discovered and seized at local sawmills in a total of 32 cases. The actual amount of timber obtained from illegally felled trees, however, is likely much higher than the official figures indicate as enforcement remains episodic and sporadic around the state’s diminishing forests. To be fair, that isn’t entirely forestry officials’ fault. Sarawak’s forests are large and the state’s officials, who are routinely undermanned, cannot be everywhere at all times to keep an eye on potential law-breakers.

What they can do, however, is to step up their patrols, monitor roads and rivers for haulage, and conduct regular raids on timber companies and saw mills. Sapuan has promised his department will do some of that by seeking to enforce a tracking system to ensure that timber at mills has only been taken from licensed areas and passed through one of the 48 official  “One-Stop Compliance Centers” around Sarawak to prove it. The department will be assisted in the enforcement of rules, laws and regulations by local police as well as by a variety of state-run environmental protection agencies. “Any operator who commits a breach of any terms and conditions of their license shall be guilty of an offence under Section 62 (6)(b) of the Forests Ordinance 2015 and upon conviction, be punished with a fine of not less than RM10,000 and not exceeding RM5,000 for each day the offence continues after conviction,” Sapuan warned.