Just How Bad is Wildlife Trafficking on Facebook in Malaysia? Very Bad 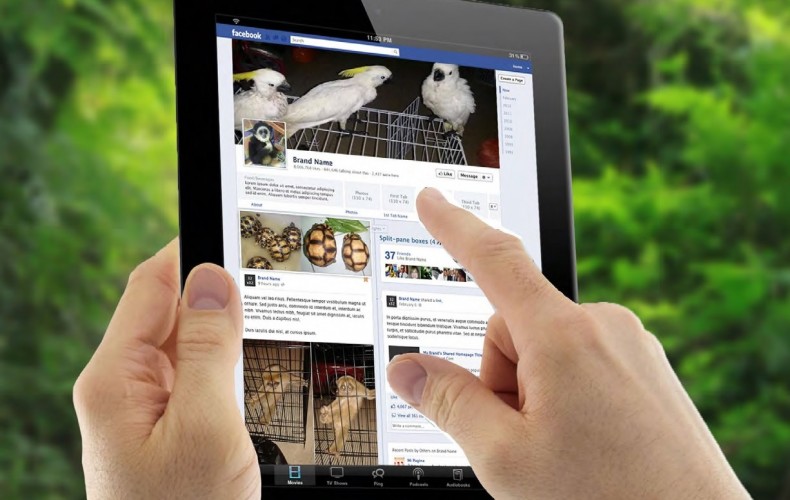 The criminal syndicates and individuals behind illegal wildlife trafficking are a resourceful lot. They won’t think anything of exploiting ever newer avenues to sell endangered species. And if that means subverting a hugely popular social medium for their criminal purposes, so be it.

We’ve known that Facebook has become a hotspot of wildlife trafficking in Malaysia, but to just what extent it has become one has now been demonstrated by TRAFFIC, a wildlife trade monitoring watchdog. “Just half an hour’s daily monitoring over five months by TRAFFIC researchers of 14 Facebook Groups in Peninsular Malaysia found more than 300 apparently wild, live animals for sale as pets, ranging from Sun Bears (Helarctos malayanus) and gibbons, to otters and even Binturong (Arctictis binturong),” the group explains on its website. “The previously undocumented trade was unexpected because Peninsular Malaysia does not have open wildlife markets like those found elsewhere in Southeast Asia.”

Most of the trade is conducted in live native species snatched from their natural habitats, TRAFFIC has found. More than 60% of the 80 species offered on Facebook for sale, it says in its report, were from around the country during the surveyed period. The animals were largely offered for sale as exotic pets. “Almost half of the species recorded were totally protected from hunting or trade and illegal to sell under the country’s Wildlife Conservation Act 2010,” TRAFFIC observes. Another 25 of the 69 non-native species for sale, “including the [critically endangered] Yellow-crested Cockatoo (Cacatua sulphurea) from Indonesia and the Ploughshare Tortoise (Astrochelys yniphora) from Madagascar, were protected under the Convention on International Trade in Endangered Species of Wild Fauna and Flora (CITES), which restricts or prohibits their commercial international trade.” 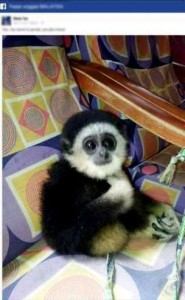 A white-handed gibbon baby was among the endangered species traded on Facebook. Photo Credit: TRAFFIC

Most of the wildlife trading Facebook groups, which had a total of 68,000 members, are “closed,” meaning that only accepted members can access their news feeds’ contents. “[T]he 106 identified unique sellers had made little effort to conceal their illegal activities,” notes TRAFFIC, which has notified Facebook of the illegal activity on the social networking giant’s platform. Facebook has promised to close down such groups because they are in violation of their Terms of Service, which prohibits users from engaging in illegal activities on the site.

Malaysians are known to have been selling protected animals on Facebook since at least 2013. The country’s Department of Wildlife and National Parks (Perhilitan) has arrested at least 54 illegal traders and saved over 67 wildlife species from being traded illegally on Facebook, according to said Hasnan Yusop, its director of enforcement.

Despite such successes, unraveling the network of illegal wildlife vendors on Facebook will be a time-consuming task given the nature of social networking where anyone can set up a Facebook account, launch a closed group on the site, or join one. Even when a trafficking group is closed down, another one under a different name might spout in its place. “Social media’s ability to put traffickers in touch with many potential buyers quickly, cheaply and anonymously is of concern for threatened wildlife and enforcement agencies which demands nothing short of a concerted global response,” notes Sarah Stoner, a senior crime data analyst with TRAFFIC.

“We’re yet to grasp the full extent of the online threat to wildlife,” concedes Kanitha Krishnasamy, TRAFFIC’s program manager in Southeast Asia. “But initial discussions with Facebook and the early enforcement successes by Perhilitan have been encouraging, although continued action will be crucial in curbing this spiraling form of illegal trade,” he adds.