Agronomist Touts the Virtues of Palm Plantations. Should we be Impressed? 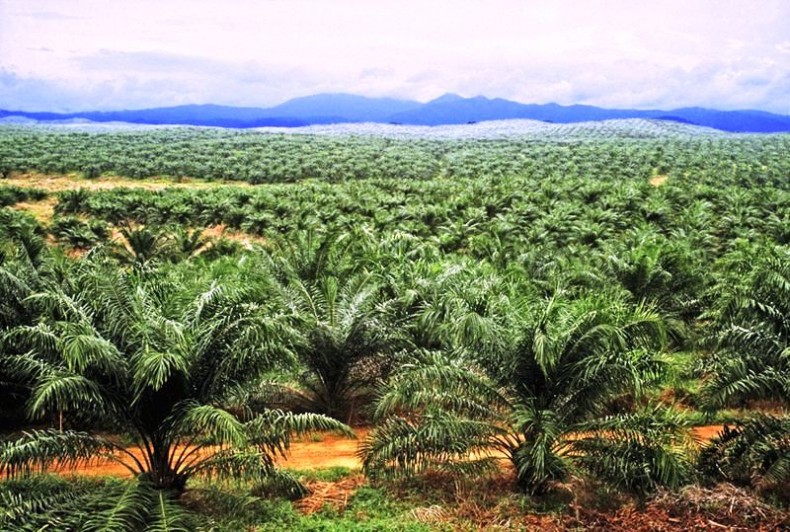 Oil palm plantations like this one do provide homes for a variety of small animals, but they have nothing on real forests. Photo Credit: DOING

Oil palm plantations are – wait for it – great microcosms of biodiversity. If, that is, we are to believe Pierre Bois d’Enghien, an agronomist and environmental expert. Writing in an op-ed in The Star newspaper and citing several studies from around the world, Bois d’Enghien lays out his case.

First off, in touting the benefits of oil palm cultivation, the Belgian industry consultant notes that oil palm plantations require far less surface space than other perennial oil seed crops, thereby allowing for more of the natural environment to be left intact. Second, he says, oil palm trees create a new habitat for dozens of plant and animal species, including epiphytic plants and a myriad of insects. “According to one study in Sumatra, 38 non-domesticated mammals were found using oil palm plantations,” he writes.

“A study on the Malaysian peninsula suggested a thriving population of the banded pig (Sus scrofa vittatus). Other animal life includes long-tailed macaques (Macaca fascicularis) and pig-tailed macaques (Macaca nemestrina),” elucidates the agronomist, who recently created a minor controversy by insisting that Malaysia’s forests are growing, rather than shrinking at alarming rates. “Bird species such as Pycnonotus goiavier, Prinia spp, Parus major, Copsychus saularis and Halcyon smyrnensis are all visitors to oil palm plantations … as well as threatened species such as blood pythons (Python brongersmai) and short-tailed pythons (Python curtus).” 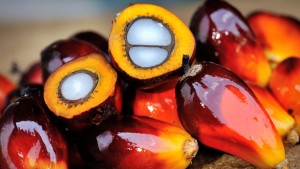 The palm oil fruit has been a boon to Malaysia’s economy but a disaster to its environment. Photo Credit: grist.org

Be that as it may, it’s hard to see why we should celebrate the fact that oil palm plantations can become new habitats for myriad species, especially considering that such plantations have invariably sprouted up in areas where vast swathes of rainforests have been felled and irretrievably lost to make way for serried ranks of oil palms. Surely, those forests that the plantations have replaced were far better habitats for wildlife, were they not?

Likewise, as any gardener well knows, any vegetable plots and fruit orchards will attract a variety of small mammals and insects. Nature abhors a vacuum so plants and animals constantly seek to take up residence in any new ecological niche, be it natural or artificial. Oil palm plantations are no different. Albeit palm oil plantations may support a variety of small animals, they have nothing on real forests when it comes to true biodiversity.

Pace Bois d’Enghien, oil palm cultivation has hardly been a boon to Malaysia’s wildlife. It has been good for business, yes, but a disaster for the country’s natural environment with its unique ecosystems. Tigers, wild elephants, orangutans, Sumatran rhinos, banteng – they have all been endangered or driven to the brink of extinction by the relentless loss of their habitats, driven in large part by oil palm cultivation. “The impact of the cultivation of oil palm plantations on orangutans is devastating,” stressed Doug Cress, coordinator for the United Nations’ Great Apes Survival Partnership. “It has wiped out virtually their entire habitat to this point.”

Meanwhile, in neighboring Indonesia, every single year large tracts of virgin forests are burned down, creating a massive haze across several countries for weeks and months on end, just so that new plantations can take their place. How is that for “sustainability” and biodiversity? Malaysian oil palm cultivators regularly tout their “golden crop” as a fine piece of sustainable agriculture, but that it ain’t – not when plantations come at a price to the wellbeing of natural forests.

Malaysia is the second largest producer of palm oil in the world, after neighboring Indonesia. The industry, which employs more than half a million people and provides livelihood to around one million, have been instrumental in lifting millions of people out of grinding poverty, especially in rural communities. But at what cost to the environment? Around the country, some 4.5 million hectares of land is under oil palm cultivation. In Borneo alone around a third of virgin rainforests have been cut down over the last four decades by loggers and oil palm cultivators, according to the World Wide Fund for Nature. “Modern agricultural practice cannot produce sustainable products,” insisted Mohideen Abdul Kader, a spokesman in Malaysia for the Friends of the Earth Malaysia. “It’s based on clearing of large tracts of land, very often forest land.”

So shall we put Bois d’Enghien’s views down to yet another case of greenwashing? You bet.