Animals be Damned, Locals Want a new Bridge in Kinabatangan 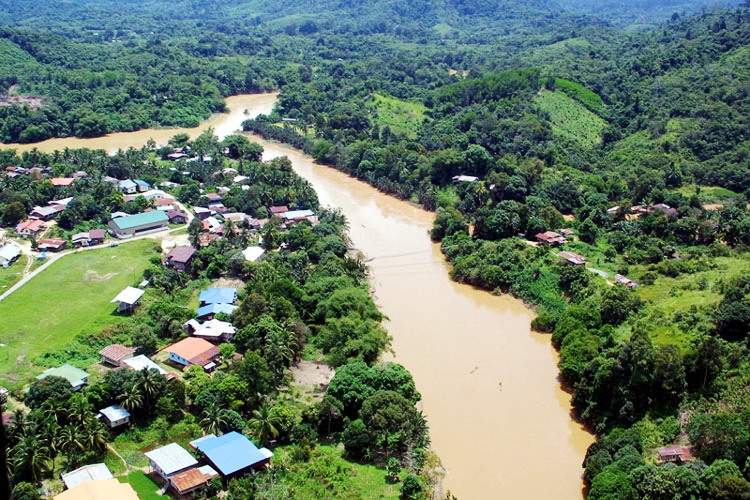 Thousands of locals would like to see a new bridge built over the Kinabatangan River. Photo Credit: Trek Earth

Environmentalists have been up in arms over a planned new bridge that would connect the western bank of the Kinabatangan River to Sukau village, in Sabah, insisting that the bridge and a new paved road linking to it would further divide already fragmented forests in the Lower Kinabatangan Wildlife Sanctuary. Yet support for the bridge is now coming from an influential constituent: local villagers.

Thousands of locals in 42 villages want to see the new bridge built as soon as possible, according to local headmen and village chiefs who staged a brief mass protest recently outside the Sabah Wildlife Department office in Kg Sukau. The first phase of the plan involved a federally funded 240m bridge spanning the Kinabatangan River from Sukau to Jalan Moresem on the other side, complete with a new paved road. The second phase involves a separate 1km flyover across the wildlife sanctuary with another paved road attached to it. 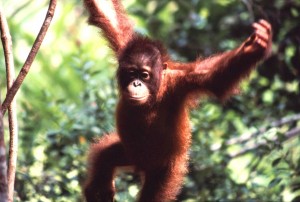 Environmentalists fear that the new infrastructure would could inflict lasting damage on the local ecology, including a sanctuary for resident wild pygmy elephants. In addition to further fragmenting natural habitats, any new infrastructure would also facilitate the easier movement of poachers and illegal loggers, both of whom already pose a threat to the area’s wildlife. But many of the villagers will have none of that argument. They want the state’s government to heed the “People First, Performance Now” slogan of the 1Malaysia development project so as to boost the economic prospects of locals.

The protesters slammed several Western NGOs working in the area for trying to stop the construction of the new infrastructure with villagers claiming that the environmentalist groups were placing the interests of wildlife ahead of those of local people. “We see that these NGOs seem to be more powerful than the government chosen by the people, including the departments responsible for looking after the conservation of the wildlife and environment here,” charged Bahri Omar, a village leader and an organizer of the protest. “We as the natives here have the sole right to determine the course of our lives and to enjoy quality life via projects that will improve our wellbeing and enhance our socio-economic activities,” he insisted.

That’s one way of looking at it, yes. Another way is to regard the unique ecosystem of the area with its critically endangered Bornean orangutans, pygmy elephants, proboscis monkeys and hornbills as the collective heritage of all Malaysians and thus a place that is well worth protecting for the sake of not only local animals but the entire country as well.