Saving Sambar Deer to Save Tigers 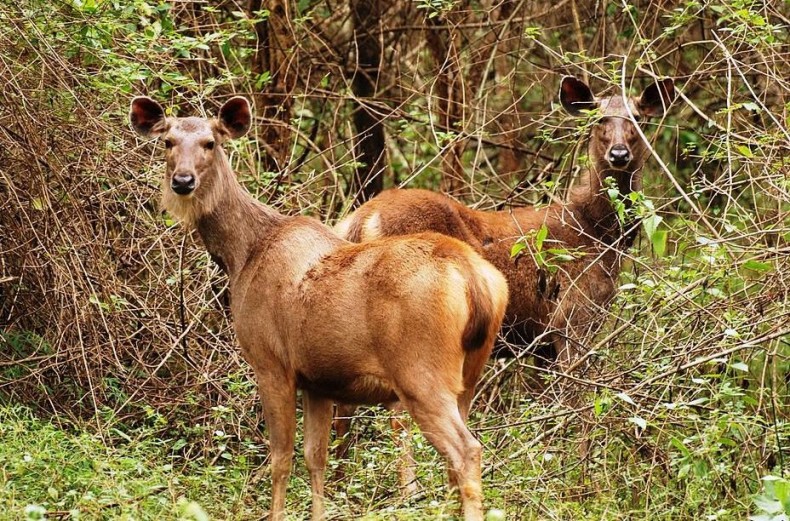 The number of sambar deer in Malaysia has dropped to just 700 or so as a result of poaching and habitat loss. A moratorium on their hunt seeks to boost their population. Photo Credit: Wikimedia Commons

Natural ecosystems are finely tuned yet delicate arrangements with species within them performing vital roles. Decimate the numbers of a key species and you risk unsettling the whole system’s equilibrium with dire consequences for other species. Biologists and environmentalists have long known this. That is why they are welcoming a decision by the central government to extend a long-term moratorium on the hunting of sambar deer.

In November, a moratorium on deer hunting, imposed in 2009, will be renewed for another six years. By protecting the endangered herbivore, the Ministry of Natural Resources and Environment also seeks to protect a critically endangered predator: the Malayan tiger. Tigers in the wild prey on the deer, whose numbers have plunged to a mere 700 in Peninsular Malaysia.

Yet despite the moratorium, poachers continue trying their luck. Just the other day three hunters were caught with the dismembered parts of a sambar deer they had shot in the Amanjaya Forest Reserve. “The deer are the main prey for tigers. There’s a market for deer meat, [which] costs between RM40 and RM60 per kilogram,” said Rozidan Mohd Yassin, director of the State Wildlife and National Parks Department. The culprits are facing up to three years in prison and/or a fine of up to RM50,000 for violating Section 60(1) and 62 of the Wildlife Conservation Act. 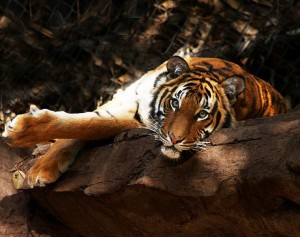 Unless Malaysia steps up efforts to protect them, Malayan tigers may be doomed in the wild. Photo Credit: Wikimedia Commons

Experts have already sounded the death knell for sambar deer in Peninsular Malaysia, warning that without the presence of enough deer in the country’s forests the already precarious state of Malaysia’s wild tigers will become more precarious still. They have called for the sambar deer (Rusa unicolor) to be classified as an endangered species.

Protecting the deer better will not automatically save Malaysia’s critically endangered endemic tigers, but it will be a step in the right direction. In addition to extending the moratorium on deer hunting, the ministry is also seeking to learn from Indian experts about how to try and boost the wild population of indigenous tigers, which have seen their number plummet to a dangerous low of just 300 or so. Meanwhile in India, in a rare success story for endangered tigers, the number of Bengal tigers in the wild increased to over 2,200 in 2014 from just 1,411 in 2006, owing to the country’s efforts to save the nation’s iconic predators. There is no reason why Malaysia could not pull off a similar feat, given enough will and concentrated effort.

The will seems to be there among top officials in what is an encouraging sign. “We must make it a national duty to protect this animal,” stressed Natural Resources and Environment Minister Wan Junaidi Tuanku Jaafar, who will attend a symposium on tiger conservation in India next month. “The tiger is very iconic in Malaysia, and you can tell as it is used in the Malaysian crest. It is a big responsibility for the ministry to carry.” Actually, it’s a big responsibility for all Malaysians who cherish their nation’s wonderful wildlife and want to see it preserved for posterity.