Ravens are Smarter than You Thought 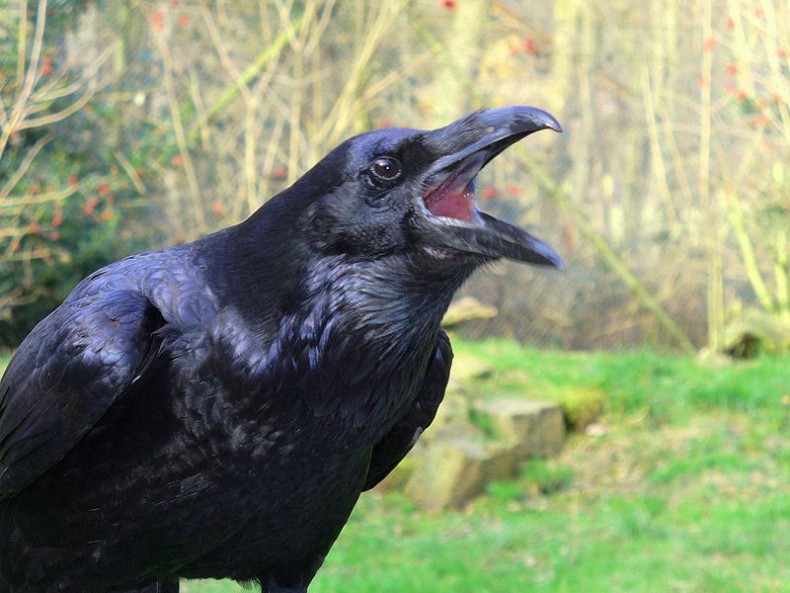 Ravens have long been known to be crafty creatures, but they may well be smarter than we'd thought. Photo Credit: Wikimedia Commons

There they are, these storied jet-black birds with their thick beaks, forbidding miens and ominous calls of “kraa, kraa, kraa,” hopping on the ground or perching in branches in many a park across Malaysia. Common ravens (Corvus corax) are common around the country, but many of us barely pay them any mind. Perhaps we should, given that ravens possess a surprisingly sophisticated mind.

Biologists have long known that corvids, a family of passerine birds that include crows, ravens, jackdaws and magpies, are among the smartest feathered creatures on Earth. Some of them, like New Caledonian crows, have been known to use tools, and even create them, for fishing out food from tight spots with admirable alacrity. Now a new study, published in the journal Nature Communications, confirms that ravens are intelligent animals that even have the capacity for abstract thought – of the kind that was previously assumed to be possessed only by humans and possibly chimpanzees. 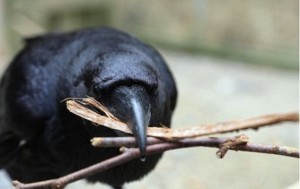 A raven collects twigs so that it can use them as tools for fishing out food. Photo Credit: Jorg Massen/University of Vienna

Researchers at the University of Vienna, in Austria, devised a clever set of hide-and-seek experiments  for 10 captive ravens and observed them over a six-month period. The scientists placed pairs of the famously intelligent birds in adjacent rooms separated by a window so the two ravens could watch each other hide treats that they were given. Then, they covered the window but left a peephole in it and taught the animals how to spy on each other through it.

Here’s the shocking discovery: When the peephole was open, the birds took great care to hide their treats, but when it was closed, they didn’t – even though they could still hear that another bird was present in the adjoining room. That is to say, even when they could not see another bird, the ravens knew they might be being spied upon through the peephole, just as they could themselves spy upon others through it.

Ravens, which are highly social animals that often show empathy to one another and can be positively conniving, “possess an understanding of perception-goal psychology – a basic ‘Theory of Mind,'” the authors explain in their paper. In other words, a raven can infer what another animal might be thinking. “This shows that traits that we consider ‘uniquely human’ may be found in animals too,” said the study’s lead author Thomas Bugnyar, a professor at the University of Vienna and a leading expert on animal cognition.

Think about that: these relatively small commonplace birds are right up their with chimpanzees and dolphins as the smartest members of the animal kingdom.