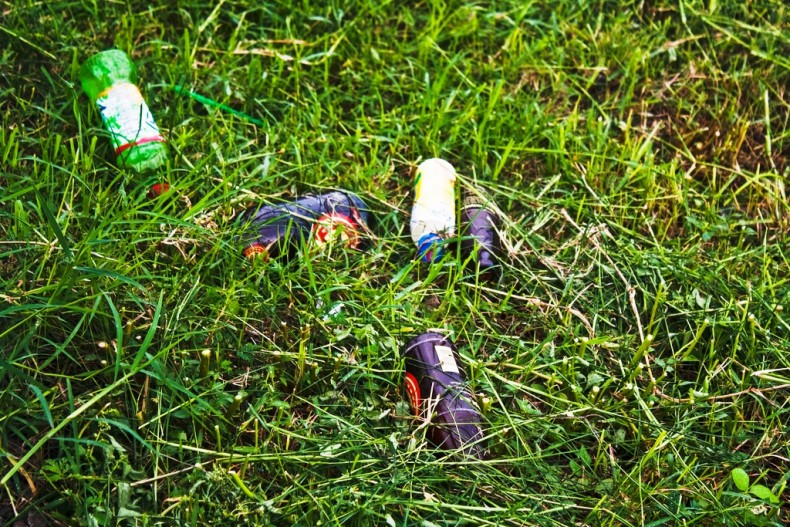 Littering has become so bad in Sabah that it is threatening the state's tourism industry. Photo Credit: lux.musica.khaos via Flickr

Sabah has long been beset by excessive amounts of unsightly trash strewn all around the scenic state from roads to forest paths and from beaches to river shores. As of late, local authorities have been stepping up efforts to clean Sabah up through a variety of initiatives, or at least paying lip service to doing so: anti-littering campaigns, fines for littering, more anti-littering campaigns, a proposed “green tax” on high-end hotels.

Now comes another initiative: “a policy for drastic measures intended to rectify ocean and river pollution,’ in the words of Masidi Manjun, the state’s minister of Tourism, Culture and Environment. The reason: the amounts of trash have reached epic proportions in Sabah both on land and in the sea. “A lot of divers, and those who come here to snorkel, are shocked by the magnitude of pollution in our seas. They told me that if we don’t do anything about it, over time, tourists will simply stop coming over,” Masidi explained. “They are bluntly honest in a very respectful way, but I think we have to accept that inevitability.”

Less encouragingly, the minister did not elucidate what those “drastic measures” will entail, but he indicated that local tourism operators would somehow be enlisted in a comprehensive clean-up project around the state. “Drastic does not necessarily mean it’s going to be unpopular. But, unfortunately, I can tell you that what is good is not necessarily popular. That’s the rule at the end of the day,” he noted.

Whether they prove popular or not, the promised measures should entail fostering a sea change of more responsible attitudes about littering among locals. After all, trash does not just end up all around the place on its own in Sabah. It gets thrown there by local people, many of whom have been known to practice nonchalant indifference to the problem of trash-strewn environments, even though they can face a fine of up to RM500 for littering.

So what to do? Local authorities could learn from the example of nearby Singapore, where anti-littering measures have long been pursued with admirable zeal. Not only do steep anti-littering fines constitute significant disincentives to citizens but authorities rigorously enforce rules as well. In 2014 alone, the nation state’s National Environment Agency issued about 19,000 tickets for littering, almost a third of them to non-residents. It’s not for nothing that Singapore’s streets remain pristinely free of litter.

Sabah can do likewise: increase fines; enforce anti-littering rules rigorously without fear or favor; use the proceeds to keep streets, roads, forests and beaches clean. Strategically placed trash cans around places where people congregate can also help in encouraging people not to litter. So can educational programs that encourage people to carry litter bags with them, to clean up the fronts of their houses, and to keep an eye on litterbugs to dissuade them from littering. When there’s a will, there’s always a way.