In a Quest for Profit from Bauxite, will Pahang’s Environment Lose Out? 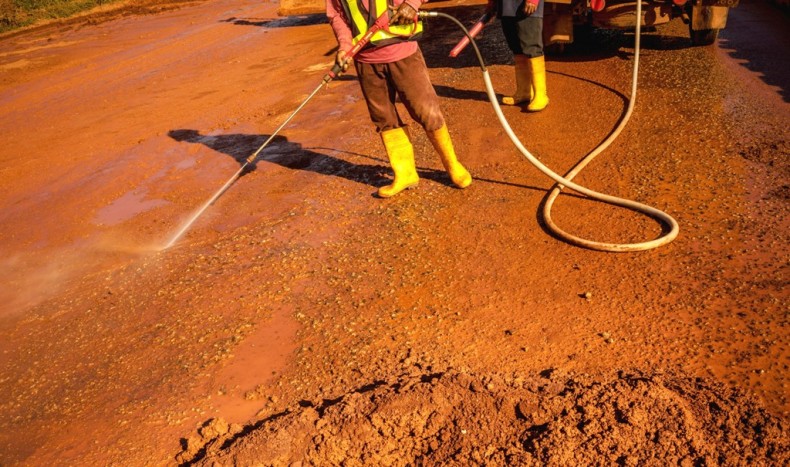 We’re more than two months into a three-month moratorium on bauxite mining in Pahang, but not all is well around Kuantan. Stockpiles of the aluminum ore at Kuantan Port, for instance, have yet to be fully cleaned up.

And that’s just at the Port. For months on end a thick film of bauxite dust covered roads and houses within local communities, as well as large swathes of countryside and agricultural land. Rain washed great quantities of polluted sediments into rivers and the sea, turning their waters red. It might take years, if not decades, to cleanse the soil and water sources of all the noxious poisons, environmental experts have warned. 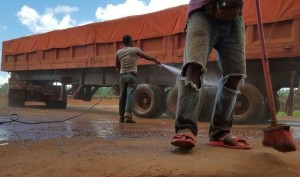 Not all is doom and gloom, however. Most of the stockpiled bauxite has been shipped away from Kuantan with only 10% of the original 10 million tons still remaining at the site, according to Bernama. A source at the Kuantan Port Consortium Sdn Bhd (KPC) told the news agency that heaps of bauxite still remained because the task of processing permits and abiding by transport regulations took time. “We can only make a booking for barges, which will also take time to sail to Kuantan, after getting the permit from the authority,” he said, expressing hope that all the remaining bauxite will have been shipped away before the moratorium expires on April 15.

While imposing a temporary ban on all bauxite mining, which came into effect on January 15, the government outlined several measures for the mining industry in Kuantan. In addition to being required to clean up their stockpiles at the port, local operators will also have to set up a clearly demarcated and integrated storage area for future stockpiles and install a bauxite waste treatment system on the site. These measures are meant to ensure that there will not be a repeat of the extensive damage to the environment that resulted from unregulated mining activities in the area last year.

Less encouragingly, several specifics of the new standard operating procedures (SOPs), including safer mining methods, have yet to be spelled out by the government. Why the delay in doing so? It’s not as if examples of sustainable mining practices are unavailable from around the world. Surely, Malaysian government officials would be in a position to consult local and foreign experts on the matter.

Science to the rescue? 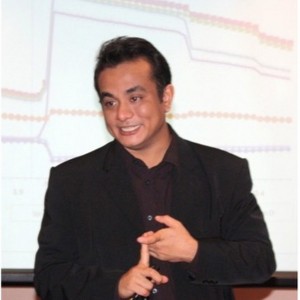 One of those experts is Dr. Zaki Zainudin, a water quality specialist who was among those who warned of an impending environmental calamity in Pahang well before the extent of the bauxite pollution became widely known. He has now called on the authorities to consult environmental experts more frequently and heed their advice better (which, sadly, they have tended not to do so far).

“Industries, including the bauxite mining industry, are geared towards profit generation,” Zaki notes in an op-ed in The New Straits Times. “Wastes, either in solid, liquid or gaseous form are generated as a consequence of their activities. These wastes must be managed and treated to meet the requirements in the law.”

Science and technology, he adds, can come to the rescue not only for cleaning up after environmental meltdowns like this but also for guaranteeing that they do not happen in the first place. The trouble is that such technologies tend to be pricey, which means many mine operators in Malaysia may well decide not to use them. What Pahang will need is for authorities to put their foot down to make sure that operators do use them regardless of the costs. That’s why, with time on the moratorium running out, Malaysian environmentalists have been calling for an extension to it, with a view to ensuring that all environmental protection mechanisms are safely in place before mining resumes. 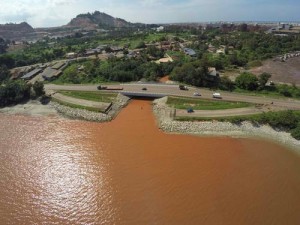 A river turns red in Kuantan in May 2015 in the wake of extensive bauxite mining in the area. Photo Credit: Karlstury via Shutterstock.com

Profits before the environment?

Local mine operators, however, would rather not have that extension. “We hope [the moratorium will not be extended] because this is business. We hope the parties concerned can do something,” the KPC source told Bernama. The Pahang Mineral Operators Association (PPMNP) insists that local operators have suffered a loss of RM800 million over the past two months as a result of the ban on all mining activities, while the total loss of revenue for local businesses, including transport companies and the services industry, has amounted to RM2 billion a month.

“PPMNP wants to emphasise that this moratorium has not only led to the drop in state revenue and corporate taxes from mining companies to the federal government, but also affect[ed] the state’s business and the economy, especially in Kuantan,” the association’s vice-president Yap Soon Huat said. Yap urged the government to revoke the moratorium so that local economic activities clustered around mining could resume. He blamed illegal, unregulated mines for the widespread environmental pollution around Kuantan.

In other words, mining companies are rearing to get back to business as usual in Pahang. If they are allowed to do so, another environmental calamity might just be around the corner. Even barring that, a slow but steady drip-drip-drip of continued pollution could continue to take its toll on Kuantan’s environment.

So what to do? The state must lay down strict, clear and rigorously enforced rules about sustainable mining practices. If the past is any guide, however, we should not be holding our breath. The state’s current Menteri Besar Adnan Yaakob was clearly out of his depth when the extent of the damage local mines inflicted on the environment became apparent. Not only did he promptly wash his hands of the whole affair, in the sad tradition of Malaysian politicians refusing to take responsibility for anything that happens on their watch, but he revealed that his administration was woefully ill equipped to supervise local operators effectively. 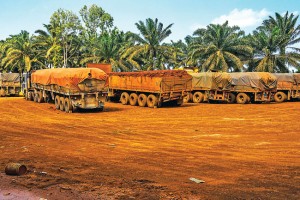 No culprits behind the environmental meltdown have been prosecuted so far, which does not bode well for the future. By failing to hold those responsible to account, local officials have not only let wrongdoers off the hook but also sent a message loud and clear that they can expect to get away with breaking the law. In a poignant bit of dark comedy, the director of the state’s Land and Mines Office, Nazri Abu Bakar, recently explained that his officials could not catch any illegal mine operators because, well, they ran too fast. “[They] moved faster than we could. By the time we reached (illegal mines), there was nobody there,” he said in an interview.

Meanwhile, locals affected by extensive pollution seem to have been divided on the issue of mining businesses operating in the area. Scores of villagers have been embarking on long well-publicized walks in protest at the damage miners have inflicted on their lands. On the other hand, however, some villagers who leased their lands to fly-by-night mine operators last year remain unrepentant. “Bauxite gave us a good income. Even if you did not want to do it, everyone around you were doing it, so you’re just forced into it then. We have no regrets leasing out our land,” one Bukit Goh settler recently told The Malaysian Insider. “Before the moratorium, I signed an agreement with a miner who took one third of my land. I got RM100,000 and I divided it between the five inheritors of this land,” the villager explained. “But now there is no activity on the land and many of the trees are gone. So my income has been reduced.”

The fear is that once the moratorium expires, mining resumes, and the Malaysian public’s gaze turns elsewhere, it will be back to business as usual in Pahang. That must not be allowed to happen. “It is not wrong to make money,” Dr. Zaki observes. “Only in the process, appropriate pollution control measures must be taken to ensure the impact is minimised.” He adds: “Bauxite mining generates a good amount of income for miners and workers. Steps must be taken to ensure sustainable mining practices are in place so the activity does not cause irreversible, negative effects on the environment and community.” We certainly second all that.