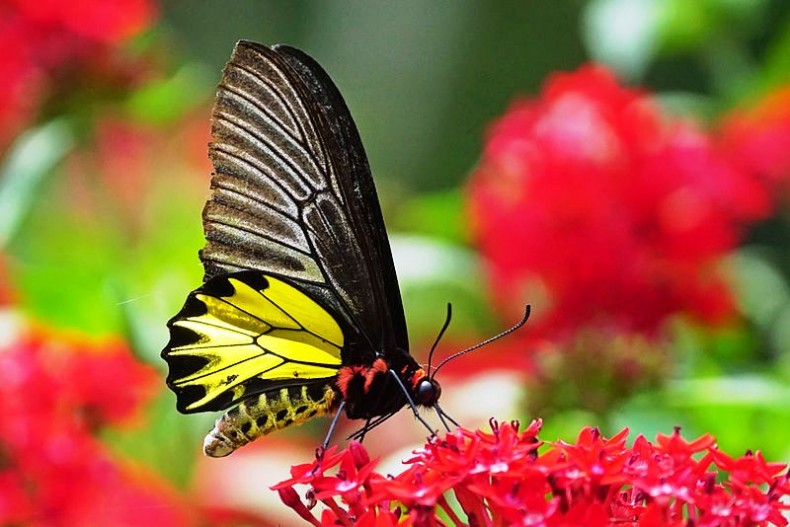 City parks. Naturalists and environmentalists tend to ignore them, taking them to be artificial bits of landscaped and micromanaged faux-natural environments. Which is what they are, but that doesn’t mean we should ignore them.

As soulless urban sprawls continue to spread relentlessly across much of Malaysia, squeezing natural environments out of people’s daily lives, public parks can fill a void. They can serve not only as lungs of cities, providing urbanites with some fresh air, but also as scenic microcosms of semi-autonomous ecosystems with colorful resident species of insects, birds and small mammals.

Butterflies are often pride of place in the heart of many amateur city park naturalists, who routinely discover that the bigger and older a park is (with relatively secluded nooks and crannies), the more likely it is to host a variety of the picturesque insects. In their survey of 10 city parks in Kuala Lumpur, researchers from Universiti Malaya have confirmed just that: as many as 60 species of butterfly make those parks their home. “If a park is not so healthy, there is usually fewer species of butterflies,” noted Sing Kong-Wah, an entomologist. 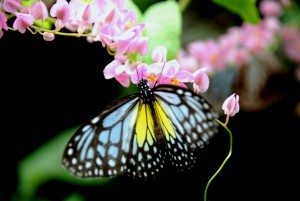 Butterflies are delicate creatures that are easily affected by changes in their habitats: owning to their short lifecycles, they can respond badly to adverse environmental changes. Besides being food for various predators, their larvae also need to feed on specific plants. Because butterfly numbers often decline more sharply than those of most other animals as a result of adverse environmental changes, they can serve useful roles as bio-indicators of the health of environments.

Parks with plenty of natural or semi-natural environments often harbor a far wider diversity of butterflies than those that are disturbed, mismanaged or equipped with insufficient species of plants. “In order to promote butterfly diversity in tropical city parks, park managers should set aside areas of the parks as unmanaged, semi-natural area,” Sing advises. “Where management is necessary, the managers should use a diverse planting scheme of native flowers.”

City parks can function as artificial Petri dishes of sorts for examining the myriad layers of interactions among resident plant and insect species, while also serving as refuges for butterfly species that are increasingly threatened in the wild by intensive deforestation, invasive agricultural practices and extensive use of pesticides. According to a detailed assessment presented last month in Malaysia by the Intergovernmental Science-Policy Platform on Biodiversity and Ecosystem Services, many pollinators like bees and butterflies have fallen on hard times in the wild globally.

Alarmingly, 16% of vertebrate pollinators like bats and birds are threatened with extinction, while around 40% of invertebrate species like bees and butterflies are facing threats locally, the study has found. “Pollinators are important contributors to world food production and nutritional security,” said Vera Lucia Imperatriz-Fonseca, the assessment’s co-chair. “Their health is directly linked to our own well-being.” She added, sounding a more hopeful note:”However, it is such good news that parks can take part [in keeping] these species intact.”