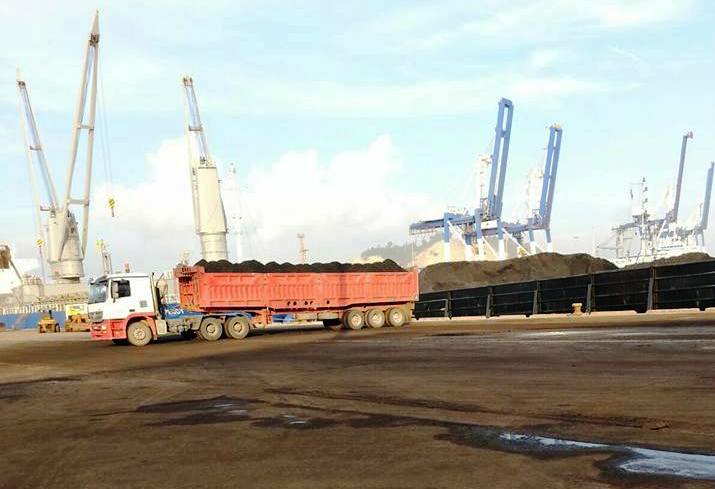 Clean-up at Kuantan Port is progressing but is behind schedule. Photo Credit: GERAM via Facebook

Three months always seemed like precious little enough time for a ban on bauxite mining in Pahang, given the extent of environmental pollution in Kuantan. Malaysian environmentalists have been calling for an extension to the government-imposed moratorium, which is scheduled to expire on April 15, and they may yet get their wish. If miners and contractors fail to complete their clean-up operations and comply with new regulations on time, the moratorium could be extended, according to Dr Wan Junaidi Tuanku Jaafar, minister of Natural Resources and Environment.

“Among the things I am looking at are designated routes and lorries to transport bauxite as well as how the Kuantan port is functioning. The state government need to also provide a centralised bauxite stockpile centre or convince me that another alternative is available (as a stockpile centre),” he explained. “We may request the government to extend the moratorium depending on the compliance (from operators). We are also looking at washing bays and storage at the mining sites. I can’t say if I am satisfied or not.”

The minister has also floated the idea of revoking the licenses of bauxite miners with a view to having them reapply for new licenses, which would be granted only if they were willing to adhere to more stringent new regulations and procedures. “This is because, the amended Environmental Quality Order does not have retrospective effect on existing mining site operators whose licenses are ending within two years,” Wan Junaidi explained. “[N]ew regulations and procedures can be imposed on them after the moratorium period ends,” he added.

In addition, the government is considering enacting several laws on water resources management and biodiversity in an effort to protect Pahang’s natural ecosystems from further harm. “The National Water Resources Policy was reactivated to ensure water security,” he said, adding that the government was working with Pahang state authorities to boost environmental protection measures. “I have suggested that a specific law be enacted to allow the federal government to monitor and regulate management of water resources,” the minister noted.

All of this is encouraging. Stricter regulations and far more rigorous monitoring of mine operators in Pahang can ensure significantly higher levels of environmental friendliness, which will be essential for the sake of the state’s natural biodiversity and of its residents. Clean-up efforts in Kuantan have been progressing well, but they have not been without delays and setbacks. Extending the moratorium would give both mine operators and authorities enough time to get their affairs in order before bauxite mining resumes in the state.