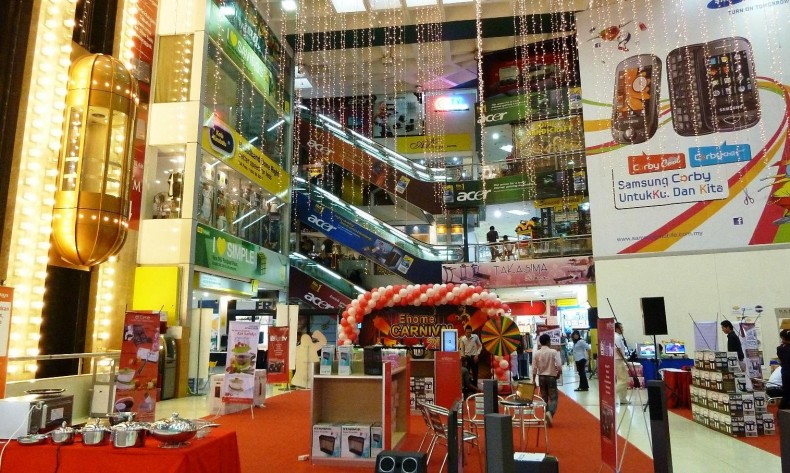 Kota Kinabalu's Karamunsing Complex has been touted as a success of more environmentally friendly practices among shopping malls in the city. Photo Credit: Marubishi 128 via Dig Sabah

Shopping malls are notorious worldwide for generating large amounts of waste, but if Kota Kinabalu’s mayor Yeo Boon Hai has his way, those in Sabah’s capital will become more environmentally friendly. The mayor has called on local shopping complexes to go greener by recycling more and adopting Effective Micro-organism Activated Solution (EMAS) methods.

Sabah has long been grappling with excessive amounts of trash strewn across the scenic Bornean state with its world-renowned biodiversity. Recently, Sabah’s minister of Tourism, Culture and Environment, Masidi Manjun, promised to enact “drastic measures” to clean up the state once and for all. Shopping malls are part of the problem, generating plenty of garbage daily as they do. Much of that trash is left unrecycled and ends up further befouling local environments.

As a positive example, the mayor cited Karamunsing Complex, one of the oldest malls in the city, whose owner has adopted EMAS and turned his complex into a center for recycling. “He (the owner James Hwong) came up with the idea to lessen the use of energy, recycle waste in the complex and convert waste into water and environmental friendly by-products, making Karamunsing Complex a more effective, cleaner and happier environment,” Yeo said. “We know Karamunsing Complex is very successful (in recycling and use of EMAS). We hope other complexes will follow suit.” (On the downside, the mall has been criticized for being overly cramped indoors and generating traffic jams outdoors.) 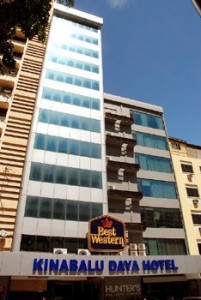 In tandem with his efforts to clean up the state, Masidi has also floated the idea of imposing a green tax on high-end hotels, with the proceeds from it going towards ridding Sabah of its ubiquitous trash heaps. “We might call it an environmental tax, and the money will be put into a transparent trust fund to manage garbage disposal or environment protection [to make it] work better,” the minister promised, though the scheme has yet to be implemented.

In the meantime, several local hotels have been making headway on their own in their bid to go greener. One of them, the Kinabalu Daya Hotel, recycles its food waste through composting and uses converted rice-rinsed water as a multipurpose cleaner by way of a greener alternative to customary chemical cleaners. Other hotels across the state, too, have been working on improvements in their waste disposal systems and practices.

The hope is that many other hotels and retail stores in Sabah will follow suit. For examples to emulate, they could look to nearby Singapore, where there are around 32 eco-friendly malls. They feature myriad energy-saving technologies and designs from energy-efficient lighting to more effective air-conditioning systems to less toxic paints with organic compounds. Several of them use collected rainwater for irrigating plants on the premises so as to save on water usage. Malls can also seek to reduce packaging and phase out the use of disposable plastic shopping bags in favor of recyclable bags; they can encourage their tenants to save water and electricity; and they can promote environmentally friendly products at their shops.