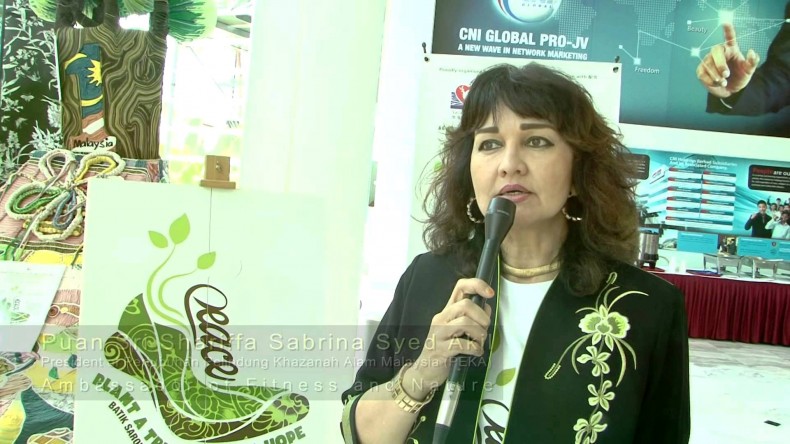 As slap-downs go, this one is right up there. Bauxite miners in Kuantan, whose helter-skelter activities have inflicted grave damage on the local environment, and locals who have enabled them by leasing out their land are at heart – wait for it – just too lazy to make an honest living. They are also selfish.

So says Sharifah Sabrina Syed Akil, president of the Association of Malaysian National Treasures Protectors (Peka), a green group that has thrown its support behind efforts by locals in Pahang to try and stop the resumption of mining activity once a temporary ban on it expires, come April 15. “Bauxite mining is quick money,” she said. “So it’s only the lazy people who still support the rampant bauxite mining in the state. They don’t think long-term. They are selfish.” Touché.

It’s hard to argue with that assessment. Whereas it is true that many locals can earn a decent living from bauxite mining by leasing out their lands, the enduring damage to the local environment is bound to cost people in Pahang over the long term. Sharifah also dismissed the notion that local farmers were in such financial straits that they had no choice but to lease their plots to bauxite miners. “Were they (pro-bauxite mining residents) starving before? Or they simply don’t have money at all?” she wondered.

Instead, many locals just couldn’t resist making a quick buck, come what may later. Some locals have even conceded that much in public. “Bauxite gave us a good income… We have no regrets [about] leasing out our land,” one Bukit Goh settler conceded. “Before the moratorium, I signed an agreement with a miner who took one third of my land. I got RM100,000 and I divided it between the five inheritors of this land,” the villager explained. “But now there is no activity on the land and many of the trees are gone. So my income has been reduced.”

Sharifah says many locals have lost trust in the state government’s ability to handle the environmental crisis effectively and to ensure that there will be no repeat of the kind of extensive pollution that has already wreaked havoc in Kuantan, once mining resumes. With only a couple of weeks left before the temporary moratorium expires, the government has yet to issue definitive guidelines and Standard Operating Procedures (SOP) to miners. “ Many of us here have lost trust in the government,” she said. “There is no SOP in Malaysia. They (the government) have Acts, but in terms of enforcement, there’s none.”