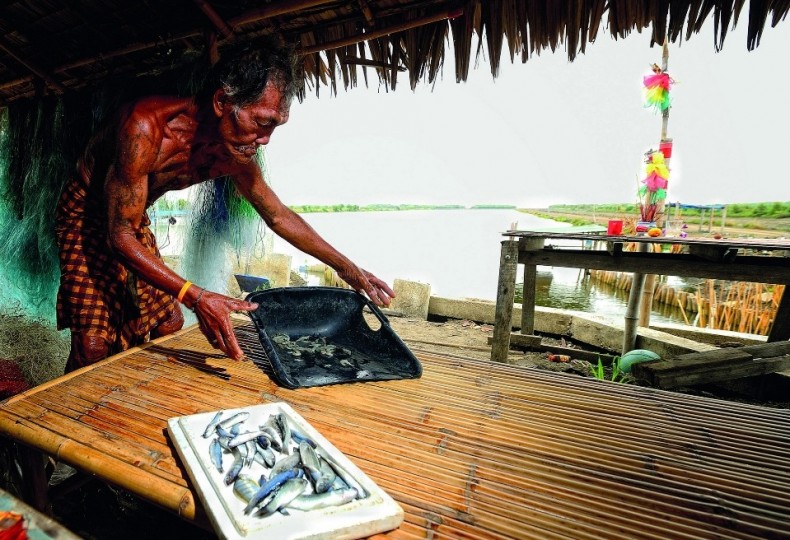 Shut down the shrimp farms. That’s what the environmentalist group Sahabat Alam Malaysia (SAM) wants Penang’s government to do. The non-profit insists that aquaculture farms in Balik Pulau district endangered local mangrove forests and also threaten the livelihoods of over a thousand fishermen. 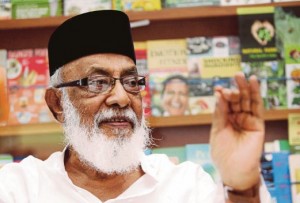 A decade ago the state’s government signed ownership of the mangrove-rich 93-hectare area over to the Penang Regional Development Authority (Perda), which then leased it out to shrimp farmers. That’s when the problems began, asserts SAM’s president SM Mohamed Idris. To make matters worse, while expanding the scope of their aquaculture projects in artificial ponds, shrimp farmers went on to destroy large areas of mangrove forests while also polluting local waterways with toxic waste.

In protest, members of SAM recently staged a peaceful demonstration in Penang to drive their conservationist message home to local lawmakers. “We urge the Penang government to take immediate measures to halt further development in the mangrove forests here and stop the operations of the shrimp farms immediately,” Mohamed demanded.

The environmentalists have found useful allies among the ranks of local fishermen who have fallen on hard times because of the extensive environmental pollution wrought by Balik Pulau’s shrimp farms. The district is home to one of the largest fishing communities in Penang, yet local stocks of prawns, crabs, cockles, mussels and fish in coastal waters have all plummeted over the years because of the noxious effluents that have been released into the sea by local shrimp ponds. SAM has called on Penang’s government to repossess the land, set it aside as a permanent reserve forest, and rehabilitate its mangrove forests. 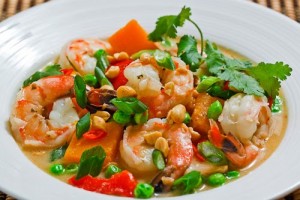 Penang Curried Pumpkin and Prawn Soup sure is delicious, but the shrimp in it may come from environmentally harmful local farms. Photo Credit: Closet Cooking

Complaints about the shrimp farms have been made repeatedly for years, but to date Penang’s government has failed to take action. The Environmental Health Division of the Penang Island City Council did confirm that effluent discharge from shrimp ponds harmed local waterways, but said it did not have the jurisdiction to intervene, according to SAM.

Elsewhere around Penang, too, fishermen are up in arms over what they see as local policymakers’ wanton disregard of the ecological wellbeing of coastal waters. As part of its RM27 million Penang Transport Master Plan, which is meant to reduce traffic congestion through the building of new highways and development of new public transport systems, the state’s government plans to reclaim two islands (930 hectares and 566 hectares respectively) off Penang island’s southern coast.

Inshore fishermen fear the development will affect their traditional fishing grounds, while environmentalists say it could also potentially destroy large sections of local marine ecosystems. “We object to the reclamation plan. How can we not? It will be right on top of our fishing grounds,” one local fisherman told The Star Asia News Network.