Sabah’s Chief Minister Talks up the Need for more Environmentalism 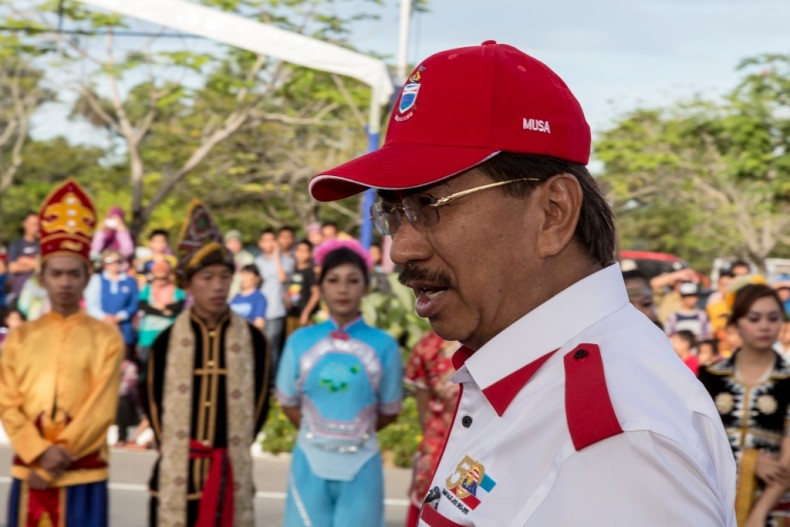 Economic growth and environmental protection can be strange bedfellows with the former frequently coming at the expense of the latter. But that will no longer be so in Sabah – not if we are to believe the state’s Chief Minister Musa Aman.

Musa has called on environmental groups to join forces with his administration in ensuring that economic development will be more sustainable in the Bornean state. “Some may say we cannot protect our environment and promote economic growth at the same time, but if we work together to study new technologies, [and] maybe learn from those who have succeeded, we will be on the right track,” he stressed. “Today, we have knowledge and we should be able to respond to challenges posed by climate change. We must not wait.”

Musa also highlighted the urgency of environmental issues that have been afflicting Sabah, with deforestation, coastal erosion, water pollution and overfishing being among primary concerns. The adverse effects of climate change are set to exacerbate those problems, he warned. “Climate change is one of the most important environmental challenges that Malaysia has to overcome today,” he observed. “The potential impacts of climate change go beyond rising sea levels. Weather trends showed Malaysia is getting hotter, we have longer droughts and heavier thunderstorms, which affect our food crops, water supply and progress of infrastructure projects.”

Sabah’s government, he promised, would promote and fund the use of renewable energy sources with the construction of a 100 megawatt geothermal power plant among them. “This will not only reinforce generation capacity in the east coast but also enhance Malaysia’s green energy portfolio and support greenhouse gas emission reduction initiatives,” he said.

Musa is among leading Malaysian politicians who have been sounding a greener tone as of late. Sarawak’s Chief Minister Adenan Satem has reiterated his pledges to rein in extensive deforestation, while Prime Minister Najib Razak has likewise reiterated his promise to cut Malaysia’s CO2 emissions by 40%, compared to 2009 rates, by 2020. Many environmentalists have remained skeptical about such claims. The trouble is, Malaysian politicians have frequently failed to follow through on their grand promises of better protecting the nation’s unique ecosystems. Will it be different this time? Time will tell.

At a recent environmental seminar held in Kota Kinabalu, Musa talked a good talk. He lauded the Heart of Borneo environmental initiative, which is aimed at conserving the island’s stunning biodiversity by protecting key forest areas. He also called for concerted action to tackle climate change. “With seven billion of us now inhabiting the planet, it is time for us to provide a dignified life for ourselves and future generations by preserving and protecting the global commons – the atmosphere, the oceans and the ecosystems that support us,” the Chief Minister insisted, and rightly so.

Somewhat less encouragingly, however, in 2012 Musa himself became embroiled in a timber licensing corruption scandal involving allegations of cronyism and ill-gotten gains. Although he has been cleared of wrongdoing (despite strong evidence of his involvement), the allegations have raised questions over his stewardship of Sabah’s environment. But that’s all in the past; let’s not dwell on it. The question now is whether the Chief Minister and members of his administration will be willing to place the interests of Sabah’s ordinary citizens and their natural environments over their own. If so, the state’s ecosystems are certainly bound to benefit.