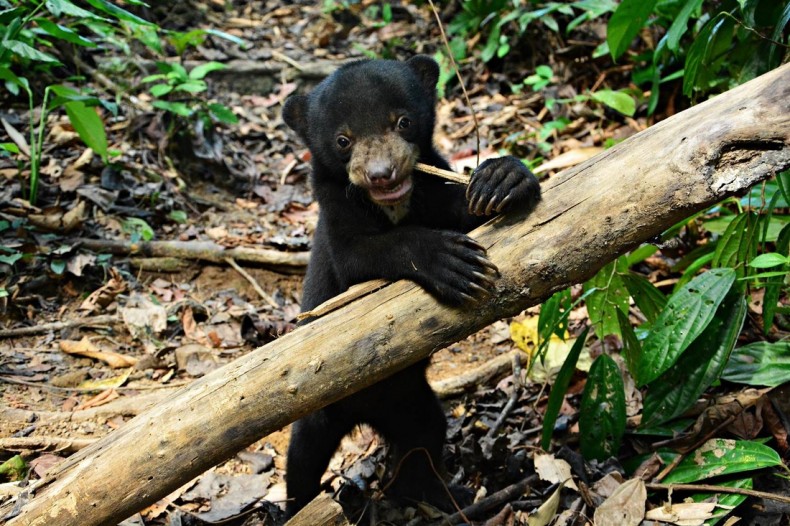 The two-month-old sun bear cub was found lifeless and alone in a forest reserve in Pinangah, in Sabah. The forest workers who discovered her called the Sabah Wildlife Department (SWD), an officer of which drove the little bear to the Bornean Sun Bear Conservation Centre (BSBCC) in Sandakan. There, the cub, named Wawa by the officer, is now bouncing back, thanks to round-the-clock care.

Wawa is the 48th rescued sun bear to have arrived at the center, which was founded in Sabah in 2008 with the aim of providing care and rehabilitation programs for bears rescued from poachers and illegal wildlife traffickers. The center also provides a home for orphaned cubs like Wawa as well as for older captive bears that cannot be released back into the wild. The non-profit sports well-equipped facilities and has built spacious enclosures with plenty of leafy roaming grounds for the vivacious bears in its care. 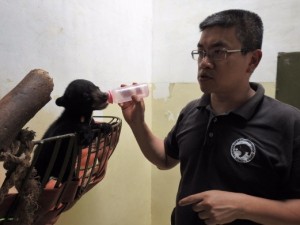 Wawa, too, is now in the best of hands at the center. Despite being weak and dehydrated when she arrived, the little bear proved herself a real fighter in a welcome sign that the newborn cub was made of stern stuff and would pull through. “[A]lthough she was exhausted from the six hour drive (needed to take her to the center), she was feisty enough to bark at our staff,” noted BSBCC’s CEO Wong Siew Te. “BSBCC is taking up the challenge to raise this bear and to teach her all that she needs to know before she returns to her natural habitat as an adult,” he added.

Wawa’s mother was likely captured or killed by poachers who may have sold her on the illegal wildlife market. The body parts of sun bears are prized around much of the region in traditional Chinese medicine for their allegedly curative properties, albeit there is zero scientific evidence for any of the claims. “There are no medicinal values of consuming sun bear parts,” SWD’s director William Baya stressed.

Sun bears are protected by law in Sabah under the Wildlife Conservation Enactment 1997, with offenders facing the prospect of up to five years in prison and/or a maximum fine of RM50,000. Sadly, however, that has not stopped some opportunistic locals and regular poachers alike from continuing to try and snare or shoot bears in the state’s forests.

“Our department would like to issue a stern warning to those who continue to poach sun bears and other protected wildlife species.” Baya said.“We will take action against those who are found to be involved in such activities.”