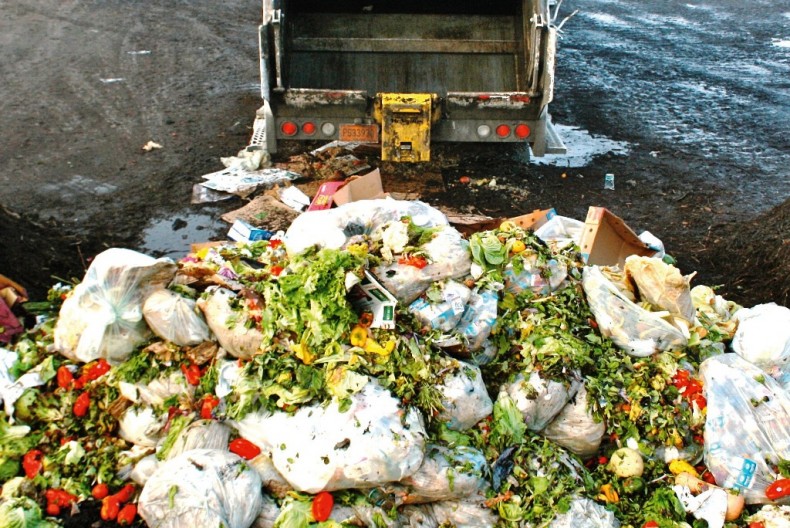 A lot of food ends up simply being dumped. Photo Credit: Wikimedia Commons

Malaysians – let’s be honest – tend to be wastrels. We waste up to 300 liters of water per person a day on average, and as if that wasn’t enough we also waste plenty of food. As much as 9,000 tons of food is wasted a day around the nation, with organic food waste accounting for up to 45% of all household waste.

And it gets worse. During the month of Ramadan alone each year, as much as 270,000 tons of food ends up as trash. That amount could feed six times the country’s entire population. If collected in one spot, the piles of food waste would loom so large that we could rival the KLCC Tower 30 times over. Rahim Md Noor, chief executive officer of the Solid Waste And Public Cleansing Management Corporation, has called the amount of wastage “worrying.” If anything, that’s understating it. It’s not just worrying; it’s shocking, alarming and appalling.

Preventable food waste is the large source of solid waste and a primary driver of greenhouse gas emissions. When it comes to wasting food, households are at the No 1 spot, followed by night and wet markets, then by food courts and restaurants, hotels, as well as the food and beverage industry. Clearly, urgent measures are needed. Dr Theng Lee Chong believes he has the answers: better regulations.

“Regulations should be introduced, particularly in the F&B industry,” says Theng, who is national coordinator for the collaborative initiative Urban Wellbeing, Housing and Local Government Ministry-Japan Environment Ministry. “In Japan, the F&B industry is subject to the Food Recycling Law,” he adds. “Even though the law focuses on food waste rather than food wastage, it still helps reduce food wastage indirectly, as the F&B industry needs to comply with a regulated food reduction and recycling rate.”

Encouragingly, some Malaysian restaurants and hotels have started to tackle the problem of food waste on their own. Among their measures, they encourage their patrons to order only as much food as they can consume. Some of them donate edible waste to food banks, which not only help alleviate the problems of food waste but also help feed the poor. Other solutions include supermarkets and markets selling somewhat damaged fruits and vegetables at lower prices rather than dumping them out straightaway.

“As a business organisation, we can control daily hotel food wastage by producing less food, but it is different for catered functions and events,” explains Cheah Swee Hee, president of the Malaysian Association of Hotels. “Sometimes, organisers anticipate a bigger crowd than the [number] that turns up and they order excess food, which ends up being wasted. In these cases, we have no choice but to dispose of the extra food.”

Then again, even disposed food does not need to be dumped directly into landfills. Waste food composting projects can make a difference in reducing the mountains of food wasted every day. In Penang, scores of compost machines already operate in schools, at government agencies and in departmental stores with food waste recycled for use as organic fertilizers. Similar systems should be put in place around the entire country. 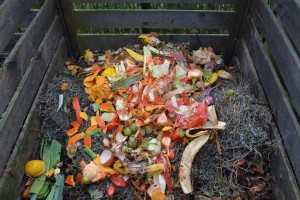 Composting can go a long way towards making good use of food waste. Photo Credit: Pixabay

Educational campaigns are also essential. One of such awareness campaigns, the UN-sponsored MYsavefood initiative, seeks to wean Malaysians off unsustainable consumption habits while also educating them about the need to waste less food. “We need to educate the public on how much value we put in food, and we are persuading large hypermarkets and supermarkets to donate soon-to-expire food to the needy and charities instead of disposing the items, which will end up in landfills,” says Dr Sharif Haron, director general of the Malaysian Agricultural Research and Development Institute. “If the result remains poor after the campaign, we will need to go down the enforcement route. Laws will be implemented if necessary.”

Excessive amounts of food waste are a global problem, and Malaysia is hardly alone in needing to tackle it. About a third of food produced worldwide (1.3 billion tons) goes to waste every year, according to the UN’s World Food and Agriculture Organization. In the United States alone, around 40% of the food produced never gets consumed. The food wasted in North America and Europe would be enough to feed all the world’s hungry people three times over, based on a recent study.

Like all major environmental problems, that of excessive food waste will require sustained efforts and creative solutions. For Malaysians, those efforts and solutions should start right at home. Let us count our blessings that we are a nation rich in delicious food. Once we’ve done that, let’s set out to waste much less of it.