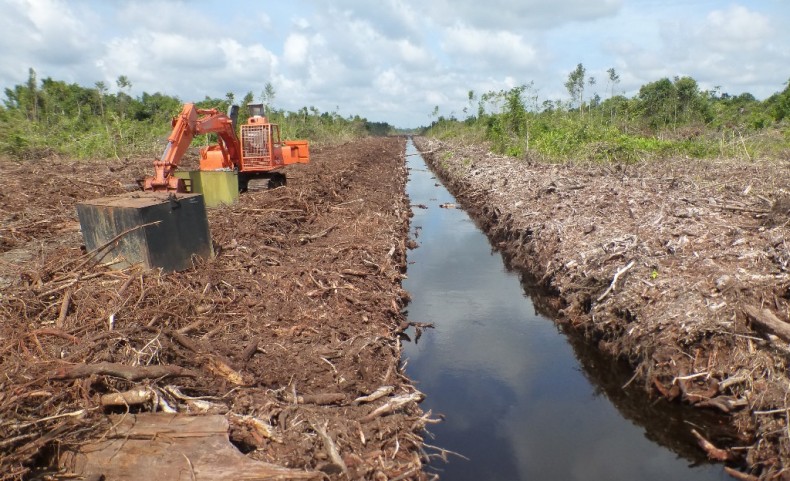 BLD Plantation Bhd's activities have left open wounds in the landscape of Sarawak, according to environmentalists. Photo Credit: Friends of the Orangutans

First came the accusations, now comes the rebuttal. The accusations: In an op-ed published recently in The Borneo Post, BLD Plantation Bhd, which has come in for flak from Malaysian environmentalists for clearing large tracts of peatland for oil palm plantations near Sibu in Sarawak, lashed out at some of those critics.

“These ‘green’ bodies usually rely on information that ranges from half truths to blatant lies to run down companies involved in large-scale agriculture and logging,” BLD asserted. “To these NGOs, the ends justify the means and reports by their informants or activists need not be verified as long as they could sensationalise the issues they are championing.” 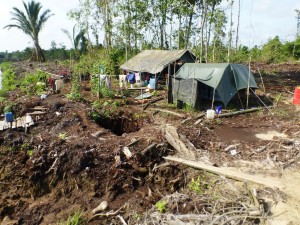 Despite BLD’s claims that it has brought relative prosperity to the area, many of its workers eke out a living in squalor. Photo Credit: Foto

BLD took special aim at two prominent conservationist groups Fiends of the Orangutans (Foto) and Save the Rainforests, both of which have spoken out repeatedly against the destruction of natural environments by oil palm companies like BLD. Portraying them as shadowy entities, BLD accused the green groups of peddling unfounded lies to further their own aims of trying to act like “knights in golden armour” by blackening the names of respectable companies like BLD – “big boys who destroy the jungles,” in the company’s words.

“Sibu and its surroundings,” the company explained, “sit on extensive peat land, which is difficult to cultivate and work on by any comparison. Costs of developing are high and efforts are so excruciating that even the most hard-working farmers found it an almost insurmountable task to sustain their farms.” If anything, it went on, the company did a favor to locals by taking a gamble on developing some of the area, which it did by providing plenty of extra jobs, helping develop impoverished local communities  and doing so in a sustainable manner.

BLD’s Executive Director Wan Abdillah Hamid reiterated some of those charges a few days later, accusing the green groups of dishonesty and the Sarawak Report newspaper, which has reported extensively on the matter, of engaging in “gutter journalism.”

Foto’s answer to all of this: Not so. “Since BLD obtained the licence to plant oil palms in the aforementioned area in 2000, they have cleared over 12,000 ha out of the 20,400 ha concession, at the very least,” its director Upreshpal Singh pointed out in his response. He rejected the company’s claims that it had not cleared any significant tract of forest in the area.

“According to the villagers in Kampung Tutus, one of the villages in Igan which has been affected by the company, even after year 2000, the area surrounding their village (also part of their NCR land) was still forested and they had used it as a means of subsistence before BLD cleared and replaced it with oil palm plantations,” he writes. ” As a result, Kg Tutus villagers are dragging BLD (and another palm oil company) to court to win their NCR lands back. Alarmingly, we have been informed by a villager of alleged intimidation by the company related to BLD’s legal embroilment.” 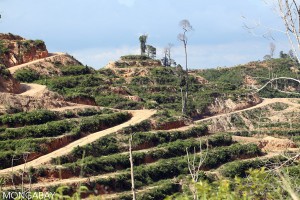 The result of forest having been cleared for an oil palm plantation on mineral soils in Sarawak. Photo Credit: Mongabay

The environmentalist also pooh-poohed BLD’s claims that it has been working hard to improve the lives of local villagers. “The company claims it has helped build houses, a school and even provided electricity for villages in its concession. One village, when informed of this claim, scoffed at it,” Singh insisted.

“On the environmental side of things,” he went on, “Wan Abdillah accused Foto of ‘slanderous allegations’ and questioned the veracity of our and other organisations’ reports after we exposed BLD of clearing carbon-rich peatland to establish oil palm plantations. All reports were verified by satellite images, photographs and interviews with villagers in and outside BLD’s Igan concession before they were made public.”

And he wasn’t done yet. “It is therefore ironic that the writer claims to be concerned about climate change and ‘exercising good environmental practices’ while BLD continues to do great harm to the environment,” Singh wrote. “Foto strongly encourages BLD to make the Environmental Impact Assessment (EIA) of its Igan concession public.” Foto’s repeated attempts to engage BLD executives in constructive debate have gone unanswered, he said.

The environmentalist also accused the company of lacking any cohesive policy for sustainable management of natural resources. “BLD’s continued destruction of Sarawak’s peatland has gotten global attention and brings much embarrassment to Sarawak and Malaysia, especially when much of Sarawak’s forests have been decimated and countless indigenous locals have been affected by the destruction,” he surmised. “Foto demands BLD stops further clearing of peatland in the aforementioned concession with immediate effect.”

The ball now is back in the company’s court.

Tags: BLD controversy, clearing of peatland in Sarawak, deforestation and loss of biodiversity