Malayan Tapir is born in Japan 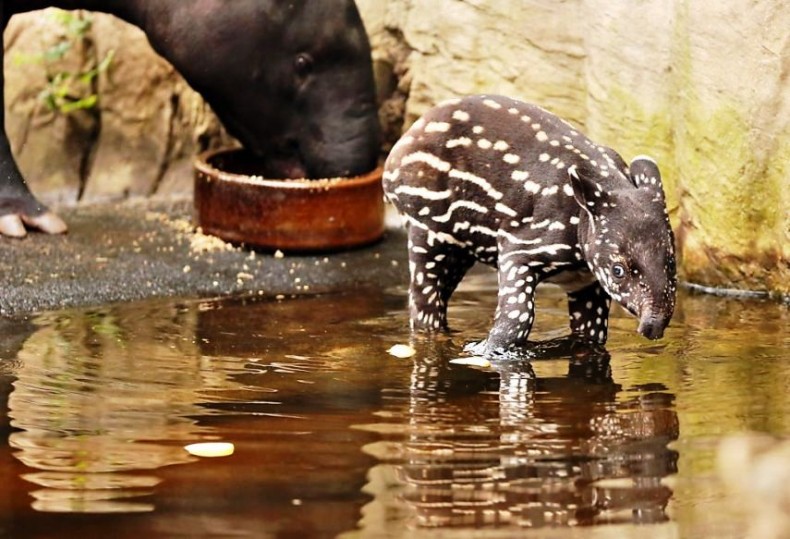 Malayan tapirs are a bit like pandas. They sport a similar combination of a solid white midriff hedged in by black-furred limbs; they are endangered; and they may be lent out to foreign zoos as part of breeding programs to boost their numbers. Besides, the birth of their young in captivity may make the news.

And so it has proved with a Malayan baby tapir, which was just born in Japan. Weighing a respectable 11 kilograms at birth, the male baby tapir was born in the Nagasaki Biopark to a pair of Malayan tapirs called Bertam and Im, which were shipped off last December from Malaysia’s Sungai Dusun Wildlife Conservation Centre to Japan as part of a joint Malayan Tapir Conservation Programme. 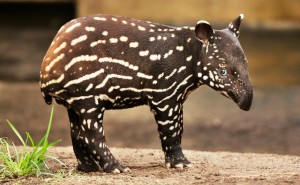 What a cutie! Captive breeding programs are vital for ensuring the survival of Malayan tapirs. Photo Credit: Pixabay

Just a few months after arriving in Japan, three-year-old Bertam gave birth to Persa, who has been so named after the Malay word “persahabatan,” or “friendship.” The newborn and his parents are expected to stay at the world-class zoo for a decade, but they remain the property of Malaysia. “It is the hope of the park and Malaysia that the baby will be nurtured and raised well,” the Japanese zoo announced. Persa still sports newborn Malayan tapirs’ flamboyant brown coat with white dots and streaks, which will be replaced in about six months by the usual combination of solid black and white.

The Malayan tapirs enjoy celebrity status in Japan, where tapirs in local folklore once served as inspiration for chimerical creatures known as “dream eaters,” or Baku, which can relieve people of their nightmares by devouring bad dreams (and sometimes good ones as well). In Malaysia, the country’s eponymous tapir – known scientifically as Tapirus indicus and locally as cipan, tenuk or badak tampung – has been classified as a “totally protected species” under the Wildlife Conservation Act 2010 with only somewhere between 1,000 to 1,500 of them remaining in the wild.

Malayan tapirs are the largest of the five extant species of tapir, reaching up to 2.5 meters in length and 320 kilograms in weight. They lead largely solitary lives, bulldozing their way through the undergrowth. With naturally poor vision, they largely rely on their exquisite sense of smell to find their way around in their dense forest habitats. Tapirs often prefer to live beside streams and rivers, where they enjoy going for cooling dips. Because of their large bulk, they have few natural predators, but the numbers of Malaysia’s tapirs have plummeted over the years owing to extensive deforestation and poaching. They have also been hunted for sport.