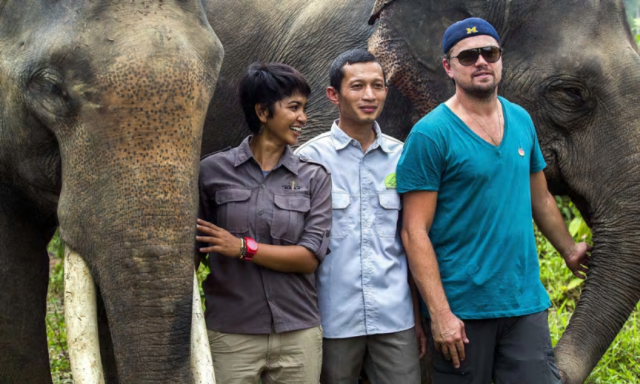 In this part of the world, stating inconvenient facts (inconvenient, that is, for the rich and powerful) can be risky business. So can simply stating the obvious. And that applies even to international superstars, apparently. Hollywood actor Leonardo DiCaprio has learned just that, during a visit to neighboring Indonesia, by addressing the issue of the environmental damage that oil palm plantation routinely inflict on the natural environment.

“The expansion of Palm Oil plantations is fragmenting the #forest and cutting off key elephant migratory corridors, making it more difficult for elephant families to find adequate sources of food and water,” the Oscar winner wrote in an Instagram post from the Mount Leuser National Park in Sumatra, where the movie star, who has for years doubled as a noted green activist, expressed support for local conservationist groups. 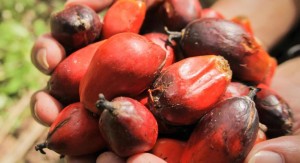 “The lowland #rainforest of the Leuser Ecosystem are considered the world’s best remaining habitat for the critically endangered Sumatran #elephant,” elucidated the actor, whose Leonardo DiCaprio Foundation has been engaged in various conservationist projects worldwide, from protecting biodiversity to helping tackle climate change. Over the year DiCaprio has raised and donated tens of millions of dollars for environmental causes.

“In these forests, ancient elephant migratory paths are still used by some of the last #wild herds of Sumatran elephants,” he went on. “But the expansion of Palm Oil plantations is fragmenting the #forest and cutting off key elephant migratory corridors, making it more difficult for elephant families to find adequate sources of food and water.”

The Indonesian government’s response to the actor’s decision to state the obvious? It threatened to deport him. “If there are statements that discredit the government and the interests of Indonesia, he could be deported,” the country’s director general for immigration, Ronny Sompie, warned, although by then the actor had apparently left the country of his own accord.

Right. And how would deporting DiCaprio have solved the problems of environmental degradation? Not at all, of course. Indonesian politicians can clearly be just as obtuse as their Malaysian counterparts by reflexively trying to shoot the messenger rather than tackle problems head on. Ignoring environmental problems will not make them go away. The sooner decision makers in our region learn that, the better.