Even Small Wildlife Refuges can ‘Make a Difference’ 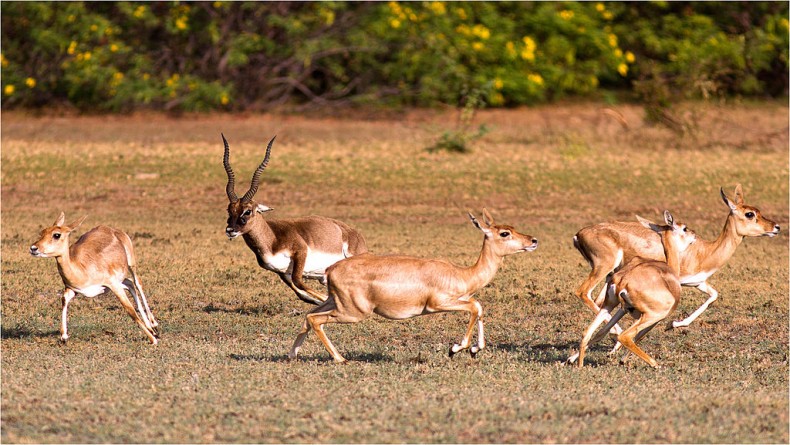 When it comes to wildlife sanctuaries, the bigger, the better, obviously. But here’s a counter-intuitive idea: What if even relatively diminutive sanctuaries can make a difference in preserving a degree of biodiversity in heavily urbanized settings? They can, at least for certain species and in certain settings, according to the findings of a new study published in the journal PLOS ONE.

“Wildlife conservation in human-dominated landscapes requires that we understand how animals, when making habitat-use decisions, obtain diverse and dynamically occurring resources while avoiding risks, induced by both natural predators and anthropogenic threats,” the authors explain. “Little is known about the underlying processes that enable wild animals to persist in densely populated human-dominated landscapes, particularly in developing countries,” they concede.

The team of researchers from the Center for Ecological Sciences at the Indian Institute of Science, Manipal University, Center for Wildlife Studies and the Wildlife Conservation Society-India surveyed populations of blackbuck, a near-threatened species of large antelope endemic to the Indian subcontinent, in and around the Great Indian Bustard Sanctuary in south-central India. The ungulates’ grassland habitats in a semi-arid landscape have become heavily populated and increasingly fragmented owing to encroachment on them by people who have been turning those grasslands into grazing areas, plantations and agricultural plots.

Local herds of Indian antelopes (Antilope cervicapra) have been driven back into small wildlife refuges, in the safety of which they duly prefer to stay so as to avoid coming into direct contact with people and their livestock whenever their food sources within prove adequate. Whenever their food sources shrivel up with seasonal changes in the weather, however, the animals are forced to venture outside to search for food, which exposes them to a variety of dangers.

Based on the researchers’ findings, the antelopes’ small, protected patches in otherwise densely populated areas are essential for helping the animals to continue surviving in a landscape radically transformed by the presence of people. “The findings show that human activities can strongly influence and perhaps limit ungulate habitat-use and behaviour, but spatial heterogeneity in risk, particularly the presence of refuges, can allow ungulates to persist in landscapes with high human and livestock densities,” they write.

What’s the take-away message from this for Malaysian environmentalists? Naturally, it’s not that any tiny scrap of relatively untouched nature should suffice as a wildlife refuge. Rather, it’s that even in urbanized landscapes dedicated efforts can pay off in maintaining a degree of autonomous freedom, however modest its scope may be, for endangered or threatened species so long as the quality of resources within them are high enough.