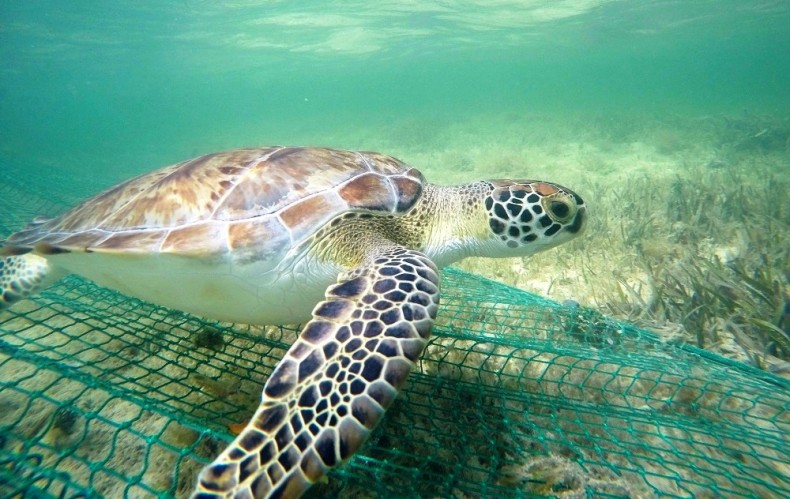 Sea turtles often fall prey to a commonly used device that is not meant for them: fishing nets. Scores of the placid reptiles perish after getting entangled in nets by drowning or starving or suffering incapacitating injuries.

But here come British scientists to the rescue. Conservation biologists at the University of Exeter in the United Kingdom have come up with a simple solution: attaching green battery-powered LED lights to gillnets used in small-scale fishing. The biologists found that this simple trick reduced the number of deaths among endangered green sea turtles by 64% without affecting fishermen’s intended catches in any way.

Better yet: the LED lights can be had for a pittance with each of them costing the equivalent of around $2. In other words, saving green turtles by help of the net illumination method would be highly cost-effective. International NGOs and conservationist groups might be willing to underwrite costs for local fishermen in an effort to save endangered turtles.

“This is very exciting because it is an example of something that can work in a small-scale fishery which for a number of reasons can be very difficult to work with. These lights are also one of very few options available for reducing turtle bycatch in nets,” said Dr Jeffrey Mangel, one of the researchers involved in the study. 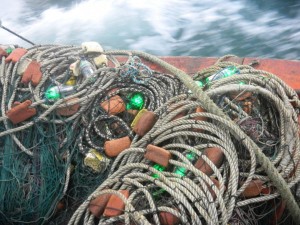 Gillnets bedecked with green LED lights can significantly reduce the number of turtles caught in them. Photo Credit: University of Exeter

Gillnets, which are generally made of monofilament or multifilament nylon, are attached to fixed poles and strung across sea floors like tennis nets, thereby acting as buoyant undersea walls of mesh at various depths. Unintentionally, however, they also entangle animals like turtles and porpoises. Thousands of endangered turtles perish each year globally as so-called bycatch in gillnet fishing.

To test their invention, the scientists placed the LEDs every 10 meters along a 500 meter wall of 114 pairs of gillnets off the coast of Peru. Nets without lights caught 125 turtles, whereas those illuminated by lights ensnared only 64. That is because the lights tend to deter turtles which shy away from them. In effect, the LED lights function the same way as acoustic warnings, or “pingers,” that are already in use worldwide to keep dolphins away from fishing nets.

Needless to say, Malaysia could make good use of the new invention. The country’s green sea turtles, known locally as penyu agar, have seen their numbers decline sharply over the past decades as a result of environmental factors such as habitat loss and harmful fishing practices.