‘Extreme’ Corals may help us save Stressed Reefs 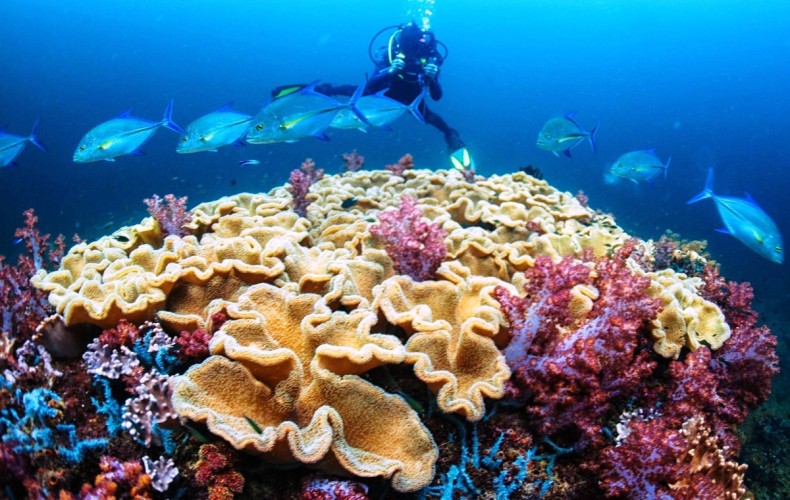 Malaysia's corals are home to a large diversity of life and are also vital for the country's tourism industry. Photo Credit: Pixabay

Corals are fragile things. Even relatively minor changes in median water temperatures can destroy them. And as the world continues to warm as a result of climate change, Malaysia’s stunning but beleaguered reefs may well be doomed.

But now comes a glimmer of hope for the future of reefs around the world. Australian researchers have discovered a hardy type of coral that can withstand severe environmental stress with ease. To wit: in the waters of New Caledonia, in the South Pacific, a type of “extreme” coral thrives in an unexpected place – within the salty, warm and murky waters of mangrove forests.

The corals, explained David Suggett, a marine biologist at the University of Technology Sidney, “thrive in relatively acidic and hot mangrove waters [where] visibility is not great so they often go unnoticed.” The research team now wants to investigate the corals to unravel how they have adapted to their inhospitable environments. By doing so, the scientists hope to see how many of the 800 other species of coral worldwide could be helped to cope better too with climate change and man-made stressors like pollution. 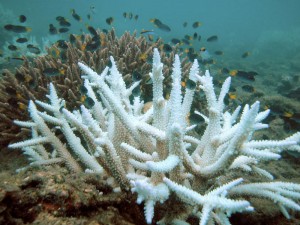 Climate change presents corals worldwide with significant challenges. As water temperatures rise, corals often cast off the symbiotic algae that inhabit their tissue, which causes them to starve and turn white in a process known as “bleaching.” To make matters worse, the vast amounts of carbon dioxide that human societies keep belching unceasingly out into the atmosphere is turning oceans more acidic, which prevents corals from calcifying properly.

Not these “extreme” corals, though. They continue growing in waters at around 33 degrees Celsius. The task now is to understand how they manage to do so. “Global research predicts a poor future for reefs. An important step in reef management is therefore identifying ‘refuges’ that will enable coral populations to thrive as most reef environments decline,” explained Dr Emma Camp, a researcher on the team.

Coral samples taken from New Caledonia, she added, “will help determine whether coral populations from mangrove waters are genetically identical as those from the neighbouring reef (which are noticeably suffering from climate change) and therefore give new insight as to whether corals can keep pace with climate change. Alternatively, if these are genetically unique populations that have become effectively ‘future proofed,’ they bring new value to local management and conservation strategies.”

Here’s hoping these sturdy corals will help us save their less resilient counterparts in places like Malaysia.