A love of the environment needs to start right at home. So does the mission to help save it. That’s the message that Andrew Wong, deputy chairman of Sibu’s Municipal Council in Sarawak, sought to relay to Malaysians, young and old.

You can start doing so by adhering to the 3Rs: Reduce, Reuse, Recycle. In other words, you should consume less and live sustainably to reduce your carbon footprint; you should reuse older products rather than continue buying new ones; and you should help out with recycling.

The latter you can achieve by simply separating your waste into the various types of recyclables. That should not be too hard, but many Malaysians can’t seem to be bothered. Woefully, the country’s citizens remain laggards when it comes to recycling. Whereas in neighboring Singapore around 60% of solid waste gets recycled, the rate last year in Malaysia hovered at a mere 15%. The government has pledged to boost recycling rates to 22% by 2020, but plenty more progress will need to be made to achieve that goal.

The low recycling rates across the nation should worry us even more, considering the amounts of waste that the country’s citizens produce en masse: upwards of 30,000 tons of it every single day. On average people who live in urban areas produce 1.25kg of solid waste each day individually – a staggering amount, when you think about it. City-dwellers account for two-thirds of the country’s population, and in the decade between 2003 and 2013, the generation of municipal solid waste in Malaysia increased by more than 91%. 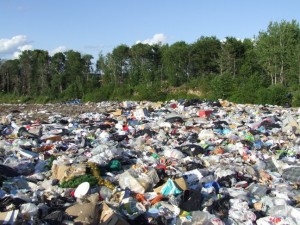 According to a different set of figures, an average Malaysian chucks out even more waste daily: 1.64kg of it. That is 0.44kg more than the global average of 1.2kg. It’s also far more than they should reasonably be expected to produce. “An individual should not be producing more than 80gm of waste daily and what is happening in the urban areas is alarming,” Halimah Mohd Sadique, deputy minister of Urban Wellbeing, Housing and Local Government, noted back in 2014.

Most of the nation’s current landfills have already reached capacity, and the situation in rural areas is hardly better. Residents there produce slightly less solid waste, but often end up with even more of it littering their communities as only some two-thirds (66%) of rural area populations are covered by garbage services, which means a lot of trash ends up strewn over the countryside.

As solid waste just keeps on growing and growing, the country is facing increasing challenges with how to tackle waste management more effectively. Act 672 of the Solid Waste and Public Cleansing Management Act of 2007 now makes it compulsory for households in Peninsular Malaysia to separate their solid waste for recycling. The government has also launched several educational campaigns about the need to produce less waste and recycle much of what is produced. The initiatives have borne mixed results so far.

Nonetheless, Wong would like to see a similar law passed and implemented in Sarawak. “I believe that a law needs to be implemented for waste segregation to be a success,” he told The Borneo Post. “The segregation of waste should start from home but without proper rules and processes in place, it would be difficult at the moment to convince people to follow through on this,” he added.

“I would like all of you to remember that loving Mother Earth, loving Sibu is not just for these few days,” he went on to tell the gathered at a green event in Sibu. “Therefore, I hope [we can ensure that] Sibu is kept clean and a safe town for everyone.” We certainly second such sentiments. Malaysians really, really do need to get down to cleaning up their environments once and for all – starting right at home.