Sarawak may get a new Wildlife Department 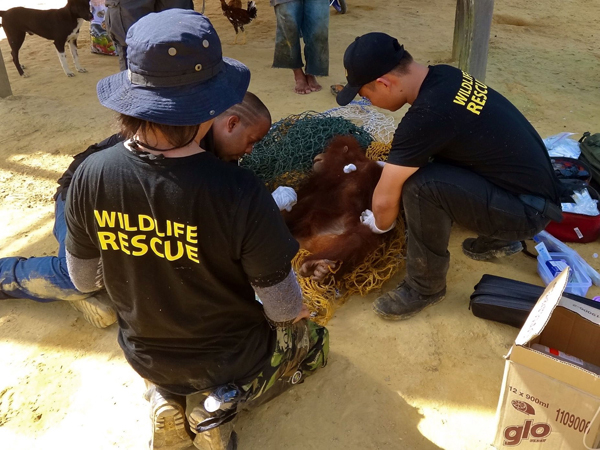 Wildlife Rescue officials tend to a young orangutan taken from an area of forest set aside for clearing. Photo Credit: Sabah Wildlife Dpartment

In a welcome development, the state of Sarawak, which is home to much of Malaysia’s most stunning biodiversity, is planning to set up a new wildlife department, which will be tasked with stepping up efforts to protect the state’s endangered animals. The new department, which has been proposed by Chief Minister Adenan Satem, will allow wildlife conservation to come into its own by being unshackled administratively from forest conservation.

Local policymakers are clearly cognizant of the urgent need to step up wildlife conservation efforts. “If nothing is being done, all wildlife will go extinct in the blink of an eye,” stressed Awang Tengah, a Sarawak politician. He went on to observe that changes in local communities’ attitudes towards wildlife protection will be essential in order for conservation to truly work. “Sustainable and effective management of wildlife and forest needs efforts from all parties,” he said. 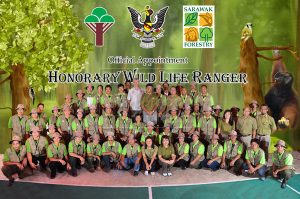 That isn’t a new insight and members of local communities have long been co-opted into serving as honorary wildlife wardens to monitor and report on any sign of poaching in areas that fall within their purview. These volunteers can also serve vital roles in reducing conflicts between locals and errant wild animals that remain commonplace and often end with the animals being killed.

When it comes down to it, however, the real burden of wildlife protection must fall on well-trained professional rangers. As often as not, wildlife rangers are the only people who can stop poachers before endangered species like sun bears, pangolins and orangutans are driven extinct in Sarawak’s forests. “The future of our wildlife is literally in the hands of rangers,” observed Elisabeth McLellan, head of WWF International’s Wildlife Crime Initiative. “Rangers must be treated as a professional arm of a country’s natural heritage protection but many governments are not making this essential investment.”

In all, Borneo is home to more than 210 mammal species (44 of which are endemic and found nowhere else), 420 bird species (37 of them endemic) and over 15,000 species of plant. Many of them are threatened and endangered. Sarawak will definitely need plenty more rangers and improved protection methods to save them.