A new Fabric can Mop up Oil Spills 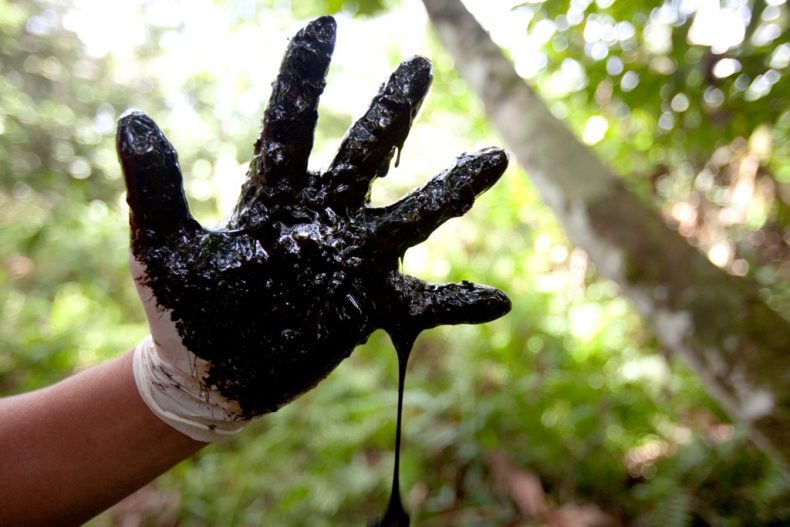 As environmental disasters go, oil spills are right up there with the worst forms of pollution, and Malaysia has had its fair share of them. Last year alone there was a total of 15 spills befouling sea waters, mostly along the beaches of Terengganu and Pahang.

They were relatively small spills, but back in 1992 the tanker Nagasaki Spirit sprang a leak when colliding with another vessel, which led to the discharge of 13,000 tons of crude oil into the sea just off the coast of Sumatra, triggering a massive environmental calamity. Inland, meanwhile, plants and factories have over the years created localized environmental disasters by dumping or accidentally releasing oil and other toxic waste into their environs.

Even relatively minor spills can wreak havoc with ecosystems. Spills regularly choke marine life for prolonged periods of time. Sticky oily goo also penetrates the feathers of birds and the fur of mammals, causing them to lose their ability to insulate themselves in water or regulate their body temperatures effectively. Some animals may ingest bits of oil accidentally and end up suffering liver or kidney failure as a result.

So, yes, oil spills, even in small amounts, are pretty darn bad. To make matters worse, they also tend to be very costly and time-consuming to clean up. But that might now change. 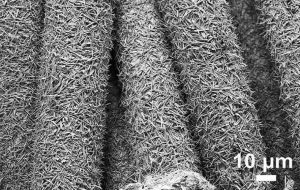 The special fabric has been designed to attract oil but repel water. Photo Credit: Queensland University of TechnologBut that might now change.

Australian researchers from the Queensland University of Technology say they have found a way of cleaning up spills before they can destroy ecosystems. Their solution: simply mop up oil from sea water as you would in your kitchen. To do that, they have created a multipurpose fabric which is covered with semi-conducting nanostructures that enable it to attract oil but repel water.

“We have tested it and found it effective at cleaning up crude oil, and separating organic solvents, ordinary olive and peanut oil from water,” said one of the researchers, Anthony O’Mullane, an associate professor at the university’s School of Chemistry, Physics and Chemical Engineering. “We were able to mop up crude oil from the surface of fresh and salt water.”

Better yet: the fabric, a superhydrophobic nylon textile, can be created with relative ease, which makes it suitable for mass production. It can also be reused by simply cleaning it as you would any wash cloth. “All steps in its production are easy to carry out and, in principle, production of this fabric could be scaled up to be used on massive oil spills that threaten land and marine ecosystems,” O’Mullane explained. “On a large scale the material could mop up crude oil to saturation point and then be washed with a common organic solvent and reused.”

The tiny semi-conducting nanostructures that cover the fabric look like rods and allow water to flow through them while trapping oils and other pollutants. Because of its design and composition, the fabric also has decontaminating and antibacterial properties, which makes it ideal for cleaning up spills and other pollution in sea and river water.