Documentary urges Malaysian Muslims to save the nation’s Tigers 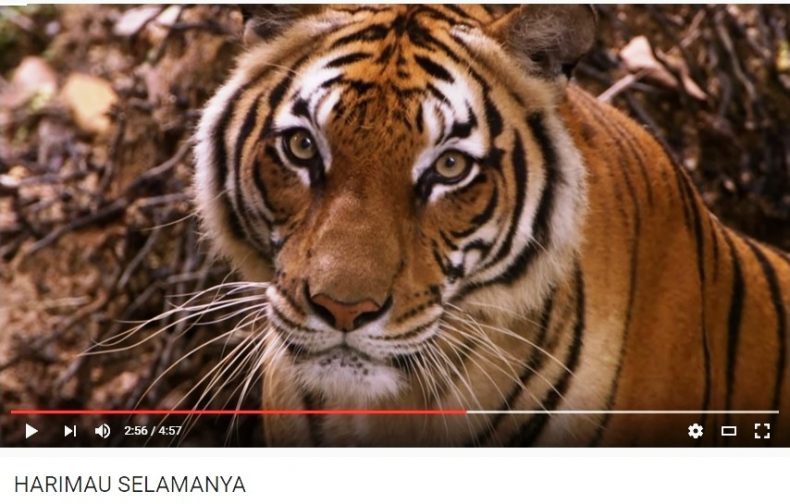 For Malaysian Muslims, saving the nation’s biodiversity is not only a civic but a religious duty as well. This is the message of a short video entitled “Harimau Selamanya” (“Tigers Forever”), which is featured on YouTube and urges citizens to protect Malaysia’s wildlife in the context of the Islamic faith. 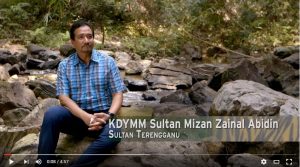 Created by Novista Sdn Bhd, a Kuala Lumpur-based production company specializing in environmental issues, the short film shines a special light on the plight of the country’s iconic but critically endangered tigers, whose numbers have plummeted to near-extinction levels in the wild.

The documentary’s goal, explain the award-winning filmmakers Lara Ariffin and Harun Rahman behind the project, is to highlight “the tenets of Islam, which forbid Muslims from hunting any species to extinction.” They elucidate: “Such acts are declared ‘haram’ and every follower (of Islam) is duty-bound to protect Allah’s creations.”

“Imagine a world without tigers,” observes Mizan Zainal Abidin, the sultan of Terengganu who collaborated in the making of the film. Unless we act, he warns, “I think we will experience the loss of a creature made by Allah that is essential to the ecosystem. What is the meaning of the National Emblem if tigers go extinct? The national spirit will fade if tigers are gone.” 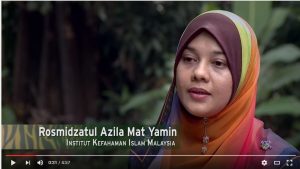 Rosmidzatul Azila, from the Institute of Islamic Understanding Malaysia, explains in the short film why Muslims must not kill protected wildlife. Photo Credit: Novista Sdn Bhd via YouTube

Rosmidzatul Azila, from the Institute of Islamic Understanding Malaysia, echoes those sentiments. “There are people who sell parts of tigers as amulets and as food. This is against Islam,” she stresses. One of the hadiths (sayings of the prophet Mohammed), she adds, has him explaining “that when Allah forbids you to eat something, the sale of it is also sinful even if we sell it to a person that is not a Muslim.”

Tiger parts are highly prized in traditional Chinese medicine for their allegedly curative and aphrodisiacal properties (of which they have none), but it is routinely local Muslim poachers who keep killing wild tigers so as to cater to a seemingly insatiable demand for tiger parts in China, Hong Kong, and Southeast Asian countries like Vietnam.

Recently, Islamic clerics in the state of Terengganu issued a fatwa, or religious edict, against poaching protected species like Malayan tigers and Sambar deer, their primary prey. Without adequate numbers of Sambar deer in forests with tiger ranges, Malayan tigers may well be pushed further to the brink of extinction.

The wildlife fatwa in Terengganu followed a similar ruling issued by Islamic clerics in neighboring Indonesia in 2014 as the first of its kind in the world. The Indonesian Council of Ulema declared the illegal hunting and trading of endangered species to be “haram,” or forbidden by Islamic law. “Animals have a right to live and we humans should protect them and ensure that they flourish,” said Asrorun Niam Sholeh, of the Indonesian Ulema Council. “As Muslims, we have a duty to maintain the ecological balance.”

Here’s hoping that “Harimau Selamanya” will manage to convince more and more Malaysian Muslims that they are indeed duty-bound by Islamic law to protect their nation’s priceless wildlife and natural wonders. Insha’Allah!