Wildlife Trade in Sarawak Carries On 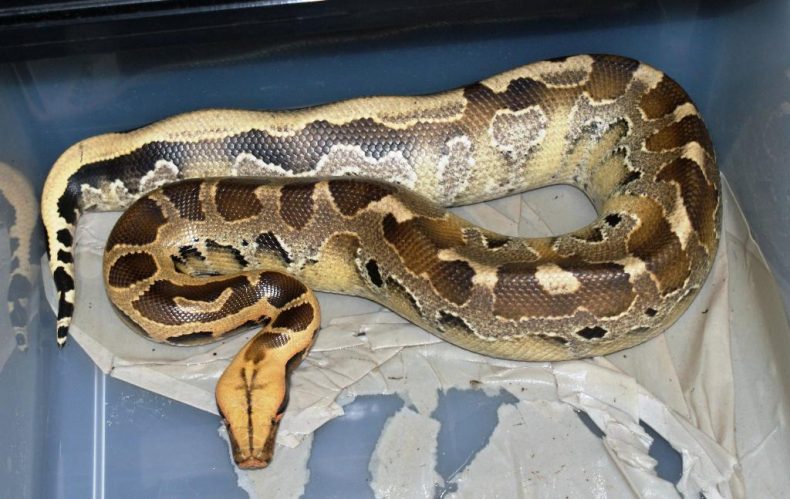 Here we go again. Despite stepped-up efforts to clamp down on the practice and harsh penalties for it, the sale of protected species continues unabated in Sarawak.

“It is believed that a kilogramme of Borneo short-tailed python, locally known as ‘ripong,’ can fetch up to RM30, while the tree shrews are tagged at RM40 each, tortoises at RM15 and parakeets sold at RM30 each,” an enforcement officer of the department told the Borneo Post. 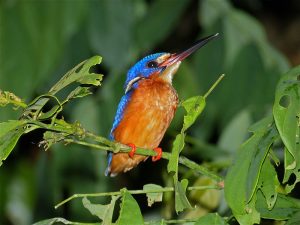 Blue-eared kingfisher, a species that prefers dense forests in Borneo and hunts in small streams, perches on a tree. Photo Credit: Wikimedia Commons

Authorities in Borneo are facing a bit of an uphill battle in seeking to stamp out the illegal trade in exotic meat and animal parts across the island. Traders routinely disguise illegal items among legally traded goods. If caught possessing protected animals or any of their body parts without a license, culprits face the prospect of a year in prison and a fine of RM10, 000.

The penalties, however, often do not seem to act as adequate deterrents. Case in point: A day later, on April 24, Forest Department officials discovered a kingfisher and a tortoise on sale at a market in Kuching. “The confiscation is part of [an] awareness programme to inform members of the public and make them understand that anybody who offer protected wildlife for sale are contravening the Wild Life Protection Ordinance,” an officer said.

Awareness campaigns are certainly an important part of the battle against the trading of protected species in Borneo. Time perhaps, though, to increase penalties for breaking the law as well?

Borneo, the world’s third largest island, is one of the most biodiverse places on earth with hundreds of endangered and endemic species. Habitat loss and relentless poaching have taken their tolls on many of them. Conservationists are warning that we are on the verge of losing several endangered species on the island unless comprehensive actions are taken to protect them.

Last December, wildlife officials from “Heart of Borneo” countries gathered in Bali to draw up joint action plans for combating the illegal trade in protected species and for boosting biodiversity conservation efforts. The ongoing crackdown on the trade by Forest Department officials in Sarawak is a welcome development.

The state is also planning to set up a separate Wildlife Department so as to improve the protection of protected and endangered wildlife as well as the monitoring of the illegal trade in them. “If nothing is being done, all wildlife will go extinct in the blink of an eye,” Awang Tengah, a Sarawak politician, has warned.