Two Malaysian Wildlife Smugglers are Jailed in the US 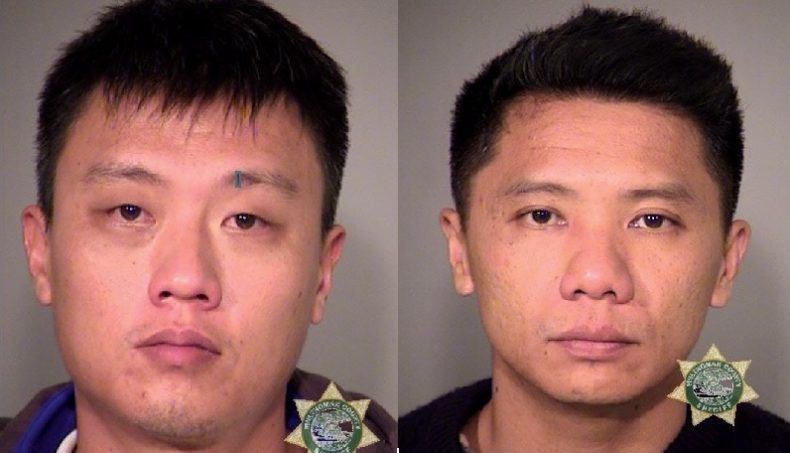 Malaysians Galvin Yeo Siang Ann (left) and Eoin Ling Churn Yeng have been sentenced to six months in prison in the US for smuggling parts of endangered animals from Borneo for a decade. Photo Credit: OregonLive

These were among the gruesome “decorative” items that two Malaysian men who ran an online business called Borneo Artifact kept mailing from the island into the United States for a decade. They did so in violation of American and international wildlife protection laws and have now paid the price: they have been sentenced to six months in prison in the US.

During the decade between 2005 and last year, the two wildlife smugglers, who are in their early 30s, shipped $95,000 (RM370,000) worth of parts from endangered species into the US, according to investigators. Eoin Ling Churn Yeng and Galvin Yeo Siang Ann, it soon transpired, maintained a large clandestine network of smugglers, or “runners,” across Malaysia and Indonesia whose job was to procure rare and forbidden wildlife parts for the smuggling business.

Orangutan skulls like this one were among the myriad illegal items that the pair shipped to the US from Malaysia. Photo Credit: Wikimedia Commons

So as to nab the two men, in 2013 an undercover agent of the U.S. Fish and Wildlife Service began posing as a buyer and ordered an orangutan skull and a turtle shell from a resident of the State of Oregon who had been acting as a go-between for the two Malaysian traffickers. Eventually, the agent even managed to lure the two Malaysians into Portland, Oregon, where they were arrested and charged with violating US wildlife protection laws.

The pair have now been sentenced to six months in prison and slapped with a fine of $12,500 each. They will be allowed to return home once they have completed their sentences.

In one of his emails, later obtained by investigators, to a client in the US, Eion Ling boasted: “There are many runners in this business, each and everyone of them are EAGER to find and please his master. It all comes down to money, which can be a bad thing when they come with TONNES of stuff when u only seek for a few.”

Unfortunately, we have no reason to doubt the accuracy of that statement. Malaysia continues to remain a global hub of wildlife trafficking with many locals willing to do the dirty work of poaching endangered animals or selling their body parts. A lot of that business is now conducted online. A recent survey of wildlife trafficking on Facebook revealed a booming online market.

The capture of the two Malaysian smugglers is a welcome development, but wildlife officials, both in Malaysia and globally, will have plenty more work to do to roll back the trade in endangered species.