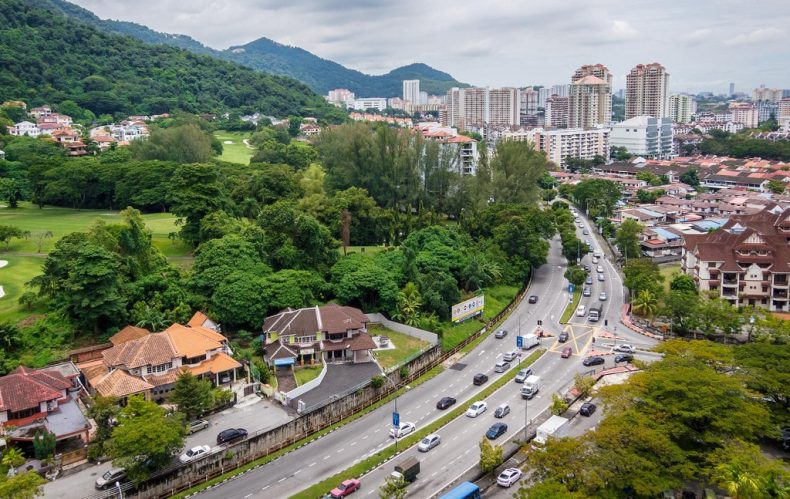 Penang sorely needs new transport systems, but not necessarily the ones planned for it. Photo Credit: stratman2 via Flickr

Penang’s Transport Master Plan is aimed at alleviating the perennial traffic congestions around the island. It envisions a complex integrated network with a light-rail transit system, a monorail, a cable car and an undersea tunnel to link George Town on the island to Butterworth on the mainland. 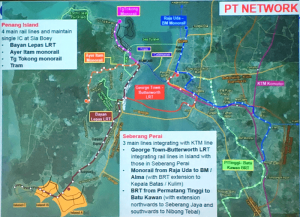 The Transport Master Plan envisions a complex new system but has come in for criticism from local NGOs. Photo Credit: penang.wikia.com

The trouble is that the plan may look better on paper than it will likely turn out in reality. So says an umbrella group of 15 local NGOs, which have raised concerns about the Penang Transport Master Plan. They include the Penang Heritage Trust, the Consumers Association of Penang, the Malaysian Nature Society, the Citizens for Public Transport Coalition, Friends of the Penang Botanic Gardens, and the Women Centre for Change.

For starters, the NGOs say, the island’s relatively small population, currently under 1.7 million, may make it financially unfeasible for Penang to support expensive light-rail and monorail systems. The various components of the plan, which also includes bus routes, might prove hard to integrate successfully. In addition, some components of the plan may well turn into unwelcome eyesores in the famously scenic cityscape of George Town with its colorful kaleidoscope of historical heritage buildings.

“An elevated monorail,” the NGOs stress, “is unsuitable for the Penang landscape, unsafe and way past its prime – many would say obsolete.” Instead, they recommend a modern system of light-rail, which could match the carrying capacity of the planned monorail at far less cost to taxpayers. “At half the cost,” they say, “Penang can implement an extensive network of modern trams complemented by buses within a 10-15-year time frame.”

Whereas the concerned NGOs acknowledge that there is an urgent need to upgrade the island’s transport systems, they see the RM40 billion Master Plan as lacking both in vision and common sense. The project also lacks transparency and accountability, with the plans having been drawn up without proper consultation with the public, they insist.

The Master Plan’s “expensive built-in obsolescence will embarrass Penang in the eyes of the world as soon as it is built,” they warn. “By advancing massive road and tunnel expansion, this car-centric TMP imperils Penang’s heritage, the ecological fragility of our hills and coasts, and our responsibility to future generations to strive for zero carbon emissions.”

To make their case succinctly to the public, the NGOs have released a short video highlighting their concerns.