Malaysian Tigers ‘need Heroes.’ Are you going to be a Hero for Them? 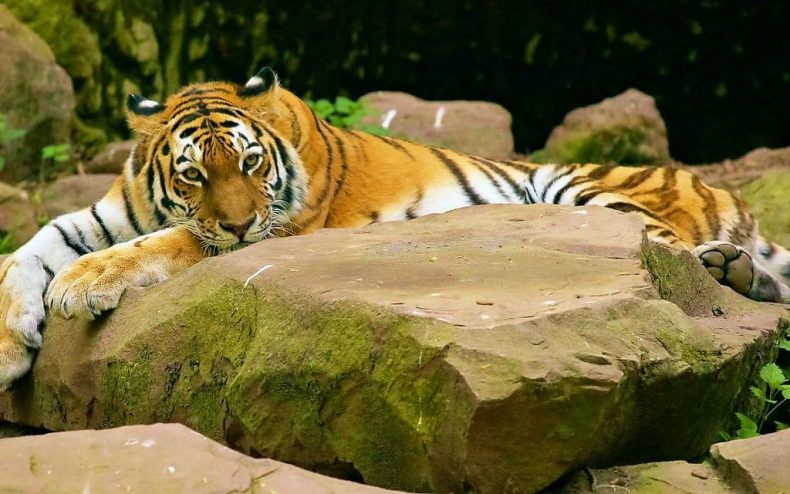 A tiger lolls on rocks in a zoo. Is this going to be the fate of Malaysia's tigers? A life behind bars? Photo Credit: alliswall.com

Saving endangered species like the iconic Malayan tiger is a national priority. The trouble is, most Malaysians don’t care. Or at least not enough to lend a hand.

This is according to the Malaysian Conservation Alliance for Tigers (MYCAT), whose members bemoan the fact that their intensive nationwide campaigns to raise awareness of the plight of the critically endangered predators and the need of citizens to help out in saving them have borne few tangible results.

Through its outreach initiatives, which were first launched in 2007, the Alliance has approached “literally tens of thousands of Malaysians face-to-face with conservation messages,” noted the group’s general manager Kae Kawanishi, a tiger biologist. The result: dismal. “Only 1,600 people have volunteered their time and energy in our programmes,” Kawanishi pointed out. 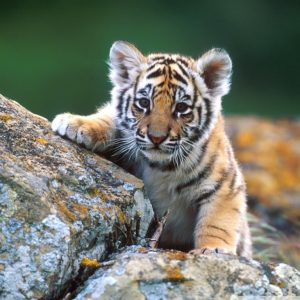 Tiger cubs like this one will need help not only from their mothers but from us too if they are to survive in the wild. Photo Credit: wallpaperswide.com

In other words, many Malaysians might approve of efforts to save wild tiger in principle. But they will personally contribute precious little on their own to those efforts. Needless to say, small groups of conservationists, no matter how dedicated and indefatigable they are, can do little without help from local people on the ground in wildlife hotspots.

That is why MYCAT, a coalition of several leading conservationist groups, oversees Citizen Action for Tigers, a hands-on volunteer program for Malaysians who are interested in helping save tigers alongside professional conservationists. The alliance invites Malaysians from all walks of life to participate in its guided treks through the Sungai Yu Wildlife Corridor, a priority biodiversity area with resident tigers in Pahang.

By participating in the treks, it is hoped, citizens will come to appreciate the beauty of Malaysia’s world-renowned flora and fauna. They can also better understand the need to save endangered habitats and species, and learn how to do so. During the tours, volunteers can become rangers for a day or two: they can assist “local authorities in local conservation by reporting signs of illegal activity and disarming snares and traps,”  MYCAT notes on its website. “You may assist in checking camera traps to monitor the presence of wildlife in the area.” That definitely sounds like fun.

But you do not need to set about dismantling snares or going on wildlife patrols. You can also help out from the comfort of your home by becoming a volunteer fighter for tigers. A large nationwide network of volunteers committed to the cause of tiger conservation can make a huge difference in saving the striped predators and other endangered species. You can donate funds, assist in educational campaigns, and serve as the eyes and ears of conservationists by looking out for signs of illegal wildlife trafficking both online and off it.

“We need an army of people to support tiger conservation by taking action and donating funds to keep us fighting,” Kawanishi says.

To that end, MYCAT (a coalition of the Malaysian Nature Society, TRAFFIC, Wildlife Conservation Society-Malaysia Programme, and WWF-Malaysia) has launched a petition with the aim of collecting 100,000 signatures for it by Global Tiger Day by July 29. The petition calls on the government to increase penalties for illegal wildlife traffickers, to step up efforts to roll back criminal syndicates, and to protect forests better from further encroachment. (Go and sign the petition if you haven’t yet.)

Sadly, though, the reactions of the Malaysian public at large to such campaigns have tended to be lukewarm at best. This has led some conservationists to issue stinging criticisms of Malaysians’ collective failure to protect their nation’s critically endangered tigers, whose numbers have been dropping significantly over the past years despite intensive media campaigns alerting citizens to the clear-and-present dangers faced by tigers. 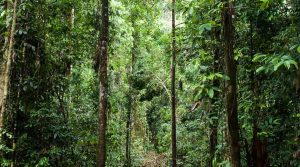 Back in 2009, an estimated 500 tigers roamed the country’s forests. A mere seven years later, only somewhere between 250 tigers and 340 remain. This year alone six wild tigers have already been lost. At this rate, the country’s emblematic and eponymous Malayan tigers will manage to survive only behind the protective walls of bars in zoos, where these majestic predators, built by nature to reign supreme in forests, will languish forlornly in captivity.

Chris Slappendel is one of the environmentalists who do not pull their punches in addressing Malaysia’s failure to protect its tigers. Branding the country a “laughing stock” in global conservationist circles, the founder of the Dutch conservationist group Tiger Trail accuses Malaysia’s government of lacking serious commitment.

As for citizens, many of them clearly prefer short-term financial gains over long-term environmental benefits, he insists. Even as tigers are on their last legs in the wild, oil palm cultivators carry on blithely destroying their natural habitats, while poachers continue prowling forests for tigers, whose body parts are highly prized on the black market.

“In Malaysia, the tiger is inseparable from [the country’s] identity,” Slappendel, a wildlife photographer by trade, recently observed. The problem, he added, is that many Malaysians remain indifferent to the fate of tigers or else ignorant of the severe dangers they face daily.

“This is why the Malayan Tiger needs many heroes,” he said, calling on citizens to step up and do their duty for tigers. “They can be politicians, footballers, actors and other community leaders. They can be the spokespersons for tigers.”

Or they can be you. Anyone can help save tigers. It’s just a matter of will.